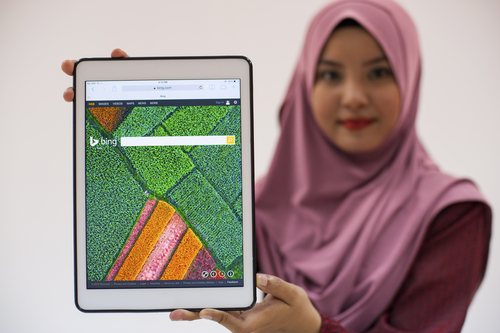 Thankfully, Microsoft recently announced some improvements to the Bing Merchant Center and over the past few weeks, these updates have been rolling out. Bing also announced some changes to the feed format, emailing some advertisers last week and informing them of an October 1st, 2015 deadline to adhere to the new format.

One of the first things you’ll notice upon logging into Bing Merchant Center is a new graph on the Store Summary page. This should look very familiar for those who spend time in Google Merchant Center. This graph allows users to see, at a high level, the overall status of the account. Within the graph, it will highlight active items, rejected items, expiring items and items awaiting review. Not only that, additional graphs are also included that highlight product performance at a click and impression level. This is a great improvement to the UI and one that will make management a little easier. Previously it was difficult to get a quick read on the account, now you can simply log in and take a look at the graph on the main screen.

Another great addition is historical data – you are now able to access the previous five feeds (and reports) that have been uploaded. Often, when seeing item disapprovals or performance dips, it’s helpful to look at older versions of the feed to see if anything stands out. This wasn’t possible within Bing Merchant Center previously.

In addition to the Merchant Center updates, Microsoft also announced feed updates which will make it a bit easier to get a feed up and running on Bing Shopping (they want to make the whole process as easy as possible). The main required feed change is an updated field name list. The field names can be accessed here. This was done so that the Bing taxonomy would be similar to other feed programs.

Even with the recent changes, Bing Merchant Center still leaves a lot to be desired. Perhaps my favorite feature of Google Merchant Center is the Diagnostics tab – which easily lets you see data quality issues over time. This still isn’t easy within Bing – it requires separate reports to be pulled for each day. Google allows you to see issues going back a full month within Diagnostics, the number of clicks received in the past 30 days on currently affected items, when products were sampled, if they have since been reapproved, etc. This is a huge feature from a QA perspective and Bing just doesn’t have this type of functionality available yet.

As someone who looks across accounts in Bing Merchant Center each day, the additional graphs and historical data is great, but they are still well behind Google in terms of overall features.

What do you think of the new changes? Share your thoughts in the comments below.

Evan runs the Shopping & Feed Division at Elite SEM, leading the agency in Shopping/Feed/CSE strategy. He’s worked in Digital Marketing since 2011, with previous experience managing Paid Search at both eBay and QVC. Evan has worked with some of the largest retail brands in the country, including Internet Retailer Top 10 and Top 100.

Bing Sunsetting Standard Text Ads: Here’s What You Should Know