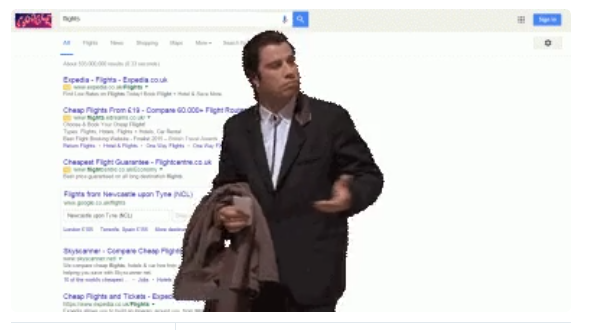 If you work in digital marketing and you haven’t heard about how Google is beginning to remove paid ads from the right sidebar on search results pages, I would like to welcome you back from what I assume must have been a wonderful vacation on a private island with no access to modern technology.

Let’s take a look at the current state of text ads in search results, and the direction that we’re headed in.

Why is Google removing text ads from the right-hand side of SERPs?

Google has begun phasing out text ads in the right-hand side of search results. According to Dr. Peter J Meyers over at Moz, Google has been testing four ads on top for a few months, but in the last couple of weeks, they’ve stepped it up. Right-hand ads have dropped to almost nonexistent, while ads at the bottom or organic results are showing up much more frequently – about half the time, according to that Moz article.

The question is, why?

You’d be about as likely to get the answer out of Google as you would to leave work and get home in a self-driving car tonight. But we do have some clues as to why they’d make this change.

First, Google is as aware as we are that ads in the right rail get very little attention. Some estimates say that the right rail accounts for about 15% of all paid clicks. I talked to PPC pro Melissa Mackey yesterday who reminded me that there are eye tracking studies that go back as far as 2014 that show how the vast majority of a SERP visitor’s attention is focused on the left side of the page. And Melissa doesn’t think any of us should be surprised by this change. She says:

Google has always tested different ad positions and formats, and in fact were testing 4 ads above the organic listings and no ads in the right rail for several months. We can therefore assume that their testing showed higher eCPM for the new layout.

If searchers aren’t interacting with an area of a page, the obvious solution for Google is to just get rid of it, said EliteSEM Manager of Client Strategy Aaron Levy when I spoke with him. He notes low CTR as a primary reason for ditching the right rail. Aaron says:

Contrary to what folks might think, Google made this change with users in mind and not just money. Users weren’t seeing or reacting to the ads along the right rail, so may as well remove them or replace them with something else.

The general consensus is that the change is about usability and providing better experiences. And a lot of that has to do with presentation. We’re getting more and more used to a “feed” experience, like the kind you see on Facebook or Twitter for example. Anyone who uses Facebook ads knows that, while ads displayed on the right hand side have a notoriously low CTR (in the 0.02% range), ads in users’ feeds often garner a higher than 1% click through rate.

“The move to the feed model is more and more about embedding results in feeds,” Sebastien Provencher, Acquisio’s VP Product told me during a quick chat. And he also wonders whether or not we might, some day, start to see advertising bunched into organic results at some point. “If you follow the logic to the extreme,” he says, “it’s very likely that they could start testing this at some point.”

There are a lot of possibilities ahead of us, but for now this will be enough of a change for advertisers to deal with. The reason for the change is really about Google wanting to increase profit SERP real estate, according to Acquisio’s Chief Scientist, Bryan Minor. And it’s really about how that real estate is changing that is going to be interesting to watch.

The expanding role of shopping ads in search

Product ads are mostly used by big brands, and so it will be interesting to watch and see whether or not the competition for those spots will start to become more intense.

But it may not actually achieve the goal of providing a better experience for users, as much as it will provide Google with more chances to take advantage of that revenue stream.

Bryan Minor says that “this guessing which products you are really looking for with active shopping machine learning” could have real and lasting implications on the quality of other SERP content, especially organic ads.

Seb Provencher sees it as Google looking to compound the interest in shopping ads by giving them more real estate and more whitespace around the ads for greater visibility. “It beefs up Google’s whole shopping ecosystem, and they’re definitely going to be looking to get more advertisers involved.”

I asked Mona Elesseily, a PPC and online marketing strategist, what she thought about the future of shopping ads. Here’s her take:

Google will continue to test the placement of the shopping ad units and we may see them take up more screen real estate or move to different parts of the SERPs page. We may also see “local results” become a paid product, too.

Oh, now that’s an interesting prediction, and one that makes a lot of sense. With Google investing so much in mobile, they have enough data on local interaction to be able to turn this into a product that could be in high demand.

Again, this all remains to be seen, but you don’t need a trail of breadcrumbs to follow the logic through to the conclusion that more real estate for shopping ads means that Google is looking to further push engagement with this product.

Who is going to be affected by Google’s new “four ad” display scheme?

Whenever Google does anything, there are some companies who suddenly find they’re on top of the world, and others who find that they’ve been given the SEO or PPC version of being asked to move your desk into the basement next to the janitor’s closet (and don’t forget your stapler). 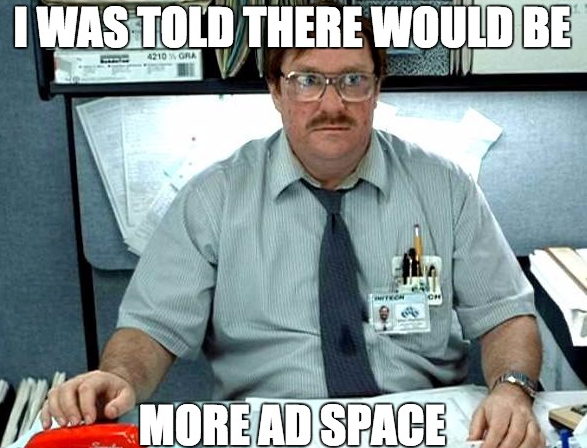 In this case, the general consensus seems to be that it’s the smaller advertisers who could take a hit. With a caveat that it might not be such a big deal after all, depending on whom you talk to. Here’s what the experts I talked to had to say about who will feel the biggest sting, if any at all, as a result of the new SERP layout.

Who will it hurt the most? The local advertiser. They will have to pay more to be showcased as a local merchant as they will be pushed down by big box with bigger budget.

Advertisers who were already in the top 3-4 spots shouldn’t see much impact. The biggest impact will come for those who had high right rail positions – 4-11 – who are now relegated to the bottom of the page, or are not appearing at all. Advertisers in competitive verticals and highly considered purchases, in particular, will likely see impression and click drops as a result of this change.

The biggest effect will be on arbitrage advertisers (Ask.com, Stuccu, Compare99, etc.) and “lesser known” brands. They’re folks who largely profited from lower cost queries in mid-low positions. There’ll also likely be a huge shift for advertisers in highly competitive spaces where there used to be 9-11 ads per serp. Online college, insurance, annuities etc. will see higher CPC’s as there’s more fighting for less space.

The manually managed campaigns on highly competitive keywords will experience the most pain, many of them being eliminated from cost effective ad placements.

In my experience, it’s been impossible to rely exclusively on lower positions for any amount of significant traffic (the average gets less than 20% of their traffic from side and bottom ads) so I expect the impact to be minimal for most advertisers. If advertisers happen to be targeting position 5 or lower, the change will have an impact on their account volume and advertising.

For the most part our experts agree that this won’t cause a massive sea change in the way PPC business is done on AdWords, but for those who relied on those lower spots to get any kind of visibility in very competitive markets, there may be a need to reassess budgets and what they’re willing to bid to get in the game.

Here at Acquisio, we are closely monitoring data and keeping an eye on any changes we might be able to spot. We’ll make sure to let you know what we’re seeing as soon as we have enough data to be confident in what we’re telling you.

In the meantime, Bryan Minor has a piece of advice for those of you who wish to weather this potential storm.

Like warfare this is an arms race, with algorithms based on Machine Learning being the primary defense. Those using the best algorithms will deal best with these environmental changes and actually thrive; the key is using the right algorithm tools.

Acquisio’s Bid & Budget Management system is actually built to handle exactly these types of situations, so those of you who are using it right now will want to monitor your results over the next couple of weeks. We’re sure you’ll be happy with what you find.

The only way to find out for sure what the best way forward is going to be is to live in this new situation for a few weeks and take a look at the data. I’m sure that we’re going to have a lot more interesting findings to talk about in the next couple of weeks. Stay tuned for more!