Sensis saw improved performance and reach after advertising on Bing Ads by using Acquisio’s ad cloner and optimization tools, and learned that, on average, CPC was 40% lower on Bing Ads compared to AdWords!

To hear about this success, directly from a representative from Sensis, tune in to the free webinar hosted with Bing Ads November 17 at 1 pm PST / 4pm EST.

Sensis is a major player within the Australian market, with thousands of small and medium business (SMB) clients, so it was important to deliver the best results possible for each of their local business users.

“The Australian market is quite different, structurally, from the North American market,” explains Cam Pegg, Group Manager, Media Products at Sensis. “Australia is dominated by Google with around 92% of the total search market.”

For Sensis it was about trying to diversify the channels for their customers to give them greater reach and exposure to new potential customers, that they wouldn’t otherwise have access to by advertising on Google alone.

“Because Google controls so much of the market we saw that cost-per-clicks (CPCs) were going up and click-through-rates (CTRs) were either stable or falling. We wanted to drive the best results we can for our customers, so we decided to tap into a new audience and see if it improved performance,” admits Pegg.

“The results we’re seeing from Bing have been really good, with CPCs equal to or lower than Google. We’ve found that with Bing Ads we are driving better bang for our buck,” says Pegg.

Sensis realized that although Bing holds under 10% of the market share in Australia, without targeting Bing they were losing out on that audience. By targeting both search engines, the company was able to get access to nearly the entire market, which improved overall campaign performance.

A “Bing has a very unique audience,” explains Diana Finster, Global Channel Development Lead, Tool Providers, from Microsoft. “Bing worldwide searchers spend 145% more than the average internet searcher. Additionally, our searchers are affluent and well educated. Most importantly, Bing Ads offers an exclusive audience. Without spending on Bing you miss out on this unique audience.

Plus, accessing this audience is cost effective. Compared to other search engines, Bing Ads is more cost effective across all major verticals, with lower average CPCs.

On average, CPC was 40% lower on Bing Ads compared to AdWords.

Sensis realized these benefits and decided to capitalize on this opportunity for additional reach.

Starting out with Bing

“Before getting started with Acquisio we were using a different platform to run search ads,” begins Cam Pegg, Group Manager, Media Products at Sensis. “Not being able to spend the budget effectively was a problem. We were either underspending or overspending by quite a lot on a fairly broad range of accounts.”

To improve accounts, and get spending more on track, Pegg says, “We made the decision to move to Acquisio because their ad cloner and Bid & Budget Management (BBM) solution allowed us to manage and support AdWords and Bing Ads in a more efficient and effective way.”

Using Acquisio’s BBM solution there was no longer a threat of overspending, because budgets are set as constraints and cannot be surpassed.

As for accounts under-spending budget, the small percentage of Sensis’ accounts that were struggling to spend the full budget were able to increase their spending thanks to Bing Ads. and BBM. Of the struggling accounts, an average 50.6% of the budget was spent. Once the accounts were set up with Bing Ads, these once under-performing accounts were then able to spend on average 85.2% of the budget. When Sensis expanded their audience to include Bing searchers, they were able to increase attainment by 34.6%!

For many marketers new to Bing Ads, there is a common misconception that setting up campaigns with the new publisher can be a time consuming exercise, and in turn often acts as a barrier to enter the new market.

Rather than build entirely new campaigns for Bing Ads, Acquisio developed an ad cloner to replicate ads from AdWords to Bing Ads.

“The cloner saved us an enormous amount of time,” explains Pegg. “We have thousands of customers, so trying to rebuild all our campaigns on Bing Ads manually would have been impossible.”

In an effort to help those familiar with AdWords feel more comfortable with Bing Ads, and to make the transition as seamless and as simple as possible, “we worked hard, in the past couple of years, to improve time efficiency and usability for those starting up with Bing Ads,” explains Diana Finster, from Bing.

“With the cloner and BBM for Bing, it’s easier than ever to get onboarded with Bing and access this quality audience to improve reach and performance for clients,” says Finster.

Setting up accounts with the cloner is step one, running Bing Ads with Acquisio’s Bid and Budget Management is step two.

Sensis had difficulty managing budgets with their previous vendor, yet “the performance we’ve seen with Bing on Acquisio has been great,” says Cam Pegg.

“We’ve levelled out our spend, we’re spending to budget, and we’re getting good results out of it.”

Since starting to advertise with Bing Ads, Sensis saw an overall increase in clicks of 18% with the average CPC reduced by 16%!

The graph shows the increase in clicks and the decrease in CPC for the month of August, when BBM was set up for accounts on Bing Ads.

After seeing lower CPCs and better CTRs with Bing Ads, all accounts running on AdWords with Acquisio now run on Bing Ads as well.

“Now it’s about seeing how far we can push the performance,” says Cam Pegg, the Group Manager, Media Products at Sensis. “We want to see how far we can ramp up our spend on Bing Ads while continuing to perform well.”

To find out more about the Sensis and Bing ‘success using the ad cloner and BBM, download the full success story here. 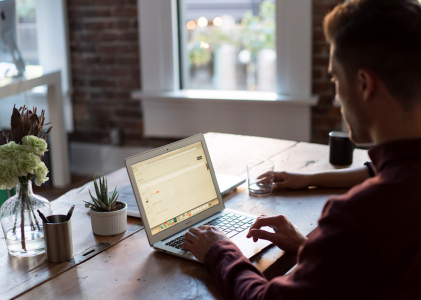 A Short History of Google Posts

July 7th 2017 Edit: In order to keep Posts timely and relevant for searchers, Google confirmed that most Posts are removed from the default view seven days after publishing – except for upcoming events which are removed after the event is over... 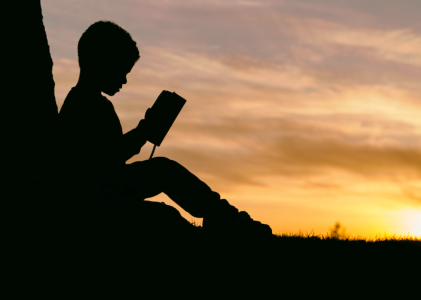 This week Acquisio is celebrating the local marketer. We had a guest post about local marketing yesterday and today our VP of Marketing is a guest speaker in a webinar all about machine learning and local marketing. The webinar is being hosted by...