When most advertisers discuss Google AdWords’ Conversion Optimizer, they speak highly of the tool. What is there not to like about a simple bid automation utility that can easily help you reach your CPA goals? On the surface, not much. However, if you dig a little bit deeper you will find plenty of reasons to more carefully consider the use of Conversion Optimizer. Here are 5 dirty little secrets to make you think twice.

Ok, so this isn’t really a secret. Conversion Optimizer (and even the new Target CPA Flexible Bid Strategy) are based on ad group level CPA bids. Why is this a problem? It takes away your ability to manage the bid – whether CPC or CPA – at the keyword level. Some might argue that ad group structure should remove the negative aspects of ad group level bidding. But unless you have 1 keyword (no singular, plural or match type variations) per ad group, this is still a setback. Conversion Optimizer forces you to set a Max or Target CPA at the ad group level and hope that it is sufficient enough for all keywords in your ad group. 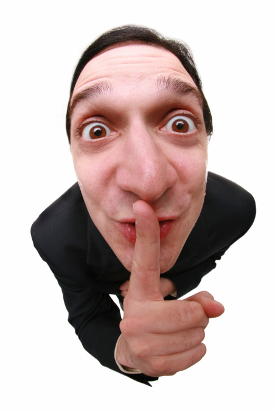 Conversion Optimizer demands fresh conversion data from your keywords in order to work at optimal levels. That’s why you must meet the minimum threshold for conversions before it even becomes available. However, because of this need for fresh data, campaigns running on Conversion Optimizer can see performance dip over time. The common solution to this (based on my own experiences and discussing with other PPC professionals) is to “prime the pump.” In layman’s terms: turn Conversion Optimizer off. Run on manual CPC bids to let new, fresh data accumulate. Then resume using Conversion Optimizer. Yeah, because that’s fun! And when you consider that manual CPC bidding now can and should include bid multipliers, this conversation gets really sticky – just refer to dirty little secret #2.

4. New Keywords are Doomed to Fail

One of the most interesting things about Conversion Optimizer that I’ve discovered is the potential for CPCs to inflate. As the algorithm adjusts your bids to get your ad in the optimal position for conversion, it is likely that the end result is a higher CPC. This isn’t necessarily a problem. If CPCs inflate, but you are achieving your target CPA and target volume of conversions then so be it. Cheap clicks aren’t really your end goal, cheap conversions are. However, I’ve seen this become a challenge with campaigns where the daily budget has a relatively low cap. As the CPCs inflate, the budget is capped earlier and earlier in the day. Before you know it, your ads are shutting off entirely too early in the day. Again – if CPA and conversion volume are fine – this isn’t exactly a bad thing. But most of my clients (and I assume yours, too) want full ad coverage throughout the business day.

Perhaps the scariest of all. Conversion Optimizer is blind to any sort of conversion assists from other channels. It is blind to attribution. The AdWords conversion is the only conversion that matters. This one dimensional algorithm can be powerful, but it forces you to miss so much of what is happening in the data (touches from organic, social, referral, 3rd party display, etc.).

So there you have it folks. 6 little dirty secrets of Conversion Optimizer. Are these secrets enough to ward you off of using this tool? Probably not. It can still be a powerful asset in your management of campaigns.

My hope by pointing these issues out is that you will consider the good AND the bad before testing Conversion Optimizer out on your campaigns.

Have you had any unusual circumstances or dirty little secrets crop up while using Conversion Optimizer? If so, please share in the comments!

John is an internet marketing jack-of-all-trades with expertise in PPC, SEO, and social media marketing. Working in the search marketing industry since 2006, John spent time at Hanapin Marketing, Wordstream and Clix Marketing before joining Microsoft / Bing Ads in late 2016.