10 Facebook Ads Mistakes You Never Have to Make Again

Facebook is an essential social media platform for almost every marketer. It’s often a core part of their work, whether they’re in B2B or B2C, at a global enterprise or working for a mom and pop shop. 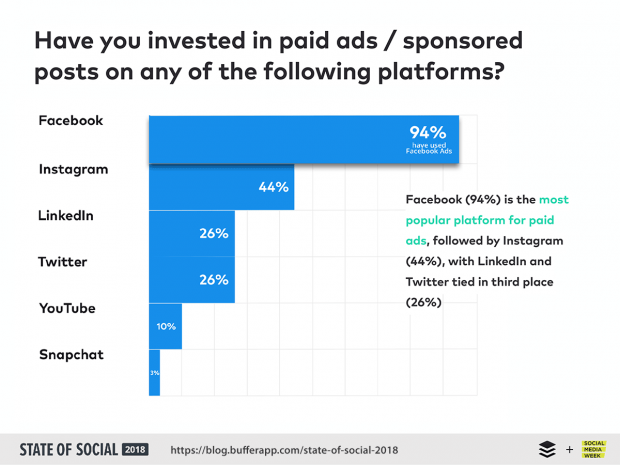 But are marketers using Facebook ads effectively? Unfortunately, not all 94% would say so. In fact, only 17% of marketers say their social media advertising (including all platforms) has been “very effective”. 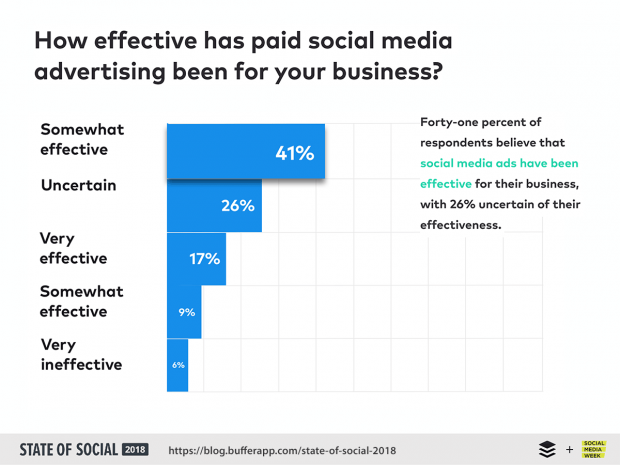 Hopefully, you’re in that 17%. But if you’re not (or you’re still eager to improve), take a read through these common Facebook advertising mistakes. Fixing just one of these problems could make your advertising an awful lot more effective.

1. You aren’t using videos or gifs.

Moving pictures are the single best way to get more engagement. They “stop the scroll” more effectively than still images.

“But video is hard!” you say. “It’s expensive! I don’t have the budget – much less the time to create a bunch of videos.”

Oh yes you do. If you’ve got the right tools.

And there are plenty of tools to use. You can make gifs from YouTube videos in about 2 minutes flat (and for free) with GifYouTube.com. Or tools like Lumen5 let you create videos from text-based content pages. Then there are video editing and creation tools like Animoto. It’s possible to make your first video in an hour or less, then make additional videos in about the same time it takes for a coffee break.

Even if you are busy, wouldn’t a 200% improvement in ad engagement be worth twenty minutes work?

If you aren’t split-testing your ads – and split-testing them a lot – you’re spending at least twice as much for your results as you could be spending. And probably a lot more.

Let’s say you’re tracking clicks, and your starting ad (before any tests are run) is getting 100 clicks per 10,000 impressions. Here’s what happens to results after even five tests that each lift results 15%.

After five modestly successful tests, you are now getting 201 clicks from those same 10,000 impressions. Results have doubled. Imagine what the results would look like if you set up a regular, systematic testing program and run it for a year.

3. You aren’t updating your creative enough.

Ever heard of “ad fatigue”, sometimes called “creative fatigue”? It’s a decline in ad performance that happens because people have seen your ad too many times. After a while, they just screen your ad out and ignore it… and the engagement for your ad drops.

How quickly ad fatigue sets in depends on:

But really, all those measurements are just alternative ways to measure how many times people are seeing the same ads.

When it gets to be too often, ad performance declines. This can take four days for really big-budget accounts, or as long as two to three weeks for smaller accounts.

Fortunately, Facebook has a measurement for how often your ad has been shown to the campaign’s audience. It’s called “Frequency.” A study from Ad Espresso found a strong correlation between cost per click, engagement and ad frequency: 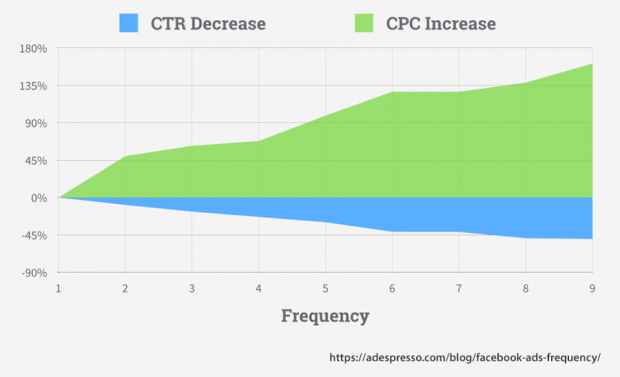 So what do you do about ad fatigue? You create new ads. Facebook advertising features like Dynamic Creative can make this work a lot easier.

4. You aren’t giving the changes you’ve made enough time to take effect.

Do you have a case of Facebook ads impatience? It’s easy to diagnose: You make changes to your campaigns, but don’t give them at least 24 hours (preferably 48) before you decide things aren’t working, and then go in to make another change.

It can be hard to resist the urge to fiddle with your campaigns. Nobody wants to waste advertising budget. And it’s good that you want to manage your company’s money well. But it’s better to really think carefully and strategically about the change you’ll make, make the change, and let your campaign/s adjust for a day or two.

This is especially true if you’re using value bidding or some of the more sophisticated targeting tools. They need time to “learn” – for the algorithm to figure out which combination of audience, device, and user profile will get you the results you want.

Speaking of making strategic changes… do you remember which changes you made to your campaigns last month? Last year? Do you have a record of what your predecessor tried?

That’s all very precious information. It needs to be recorded in a way that lets you build your understanding with every change, but that also lets you go back and see trends that you might not notice in your day-to-day work.

In other words, you need a log book. It can be digital or printed. It can be very detailed, or just summary notes.

Even this much information would be enough to help you remember what you’ve tried, and to see how your account performance has changed over time.

6. You’re testing everything at the same time.

If you test too many things at once, you’ll never really know which one element made the difference. And so while it’s tempting to test two completely different ads (different image, different copy, different call to action, different audience), it’s usually better to test one thing at a time.

This can be especially helpful if you keep a log of your test results. Over time, with careful, systematic testing, you’ll develop a body of data that can be extremely valuable. Think of it as your own Facebook best practices black book.

If you’re a whiz with Google Ads, Facebook advertising can be a little … uncomfortable at first. The click-through rates aren’t as good. The conversion rates can be disappointing.

The reality is that the two platforms work very differently. Google Ads (search ads) have the significant advantage of showing only when people are looking for them. That “search intent” is why Google Ads are so effective.

Facebook ads don’t have that advantage. No one searches for something on Facebook and then sees an ad.

In this sense, Facebook ads are more like “distraction marketing”. To get your ads to work, they have to be compelling enough to pull people away from what they were doing – even if that’s looking at their sister’s new baby.

Many Facebook advertisers have learned to manage this low level of interest by building funnel ads – ads made specifically for people at the top of the funnel (aka the buyer’s journey), in the middle of the funnel, and at the bottom of the funnel. That requires more work, but it lets them run substantially more sophisticated and effective campaigns.

I wasn’t going to include this… until I was talking with a friend who runs a small business, and learned she had not yet set up tracking for her Facebook ads.

If you aren’t tracking the results of your Facebook ads, that’s okay – I won’t tell anyone. It’s just between you and me. It’s in the vault.

But pullleeeze… read this to learn how to install the pixel. If you haven’t been tracking your ads, finally setting that pixel up will be like turning on a light in a dark room.

9. You aren’t targeting the right people.

Facebook audience targeting is both a science and an art. It’s so powerful it actually wouldn’t be a bad idea to divide all your Facebook tests into two buckets: one for creative and one for audiences.

There are three basic types of audiences:

For more information about how to use audience features, see Facebook’s excellent free Blueprint training about audiences and other Facebook marketing topics. Or check out one or two of our resources.

10. You aren’t thinking about devices when you create your ads.

Are you running the same ad on desktops, smartphones, and tablets?

You might want to reconsider that. The importance of mobile Facebook advertising cannot be overstated. According to Hootsuite, “Only 31.8 percent of visits are made on desktops or laptops.”

If your ads aren’t being optimized for mobile devices, (with simpler visuals that work at smaller sizes, for example), you’re still advertising like it’s 2010.

Learn from Your Mistakes

Don’t let all this talk about mistakes get you down. You’re probably doing more things right on Facebook than wrong.

And if any one of the mistakes mentioned here made you a little uncomfortable, don’t worry – it’s all fixable. Now that you know how to fix the mistake, your results are going to get even better.