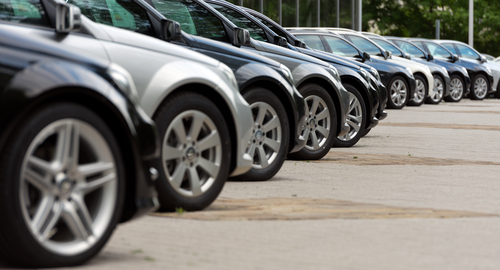 Above all, the growing auto agency needed support as their business continued to scale and take on more clients.

“When we were with our previous vendor, we didn’t manage as much ad spend, so we were using a platform that didn’t offer us any bells, whistles or support,” explained Chris Hanson, founder and CEO of 3GEngagement. “As we started growing we realized it wasn’t helping.”

After speaking to their account rep about getting more support, and satisfying their emerging needs and growth, the representative explained that it was necessary to pay to upgrade to a more complex package.

“I started looking at other companies,” Hanson said.

The features offered by Acquisio, combined with the cost and the communication throughout the buying process is what convinced 3GEngagement to change cross-channel ad platform providers.

“We went to Acquisio because it could do a lot more than what we were used to, with a lot more features, and it had a much greater level of support,” said Chris Hanson.

Another key selling point for 3GEngagement was the fact that Acquisio offered “Dynamic Campaigns,” an inventory-based engine to create dynamic PPC ads.

With thousands of cars being bought and sold as well as ad campaigns constantly starting and stopping according to the changing inventory, Dynamic Campaigns was vital to the success of 3GEngagement.

One of the advantages that very large auto agencies had was the technology to run dynamic inventory campaigns. This was a strategy that 3GEngagement couldn’t compete with until they started using Acquisio.

Once set up, 3GEngagement was able to create or update ads for each vehicle grouping (Make/Model/Year) to drive traffic to pages with filtered results. By linking to each automotive dealer’s inventory feed, advertising was automatically paused for out-of-stock vehicles and activated for new stock, making life easier for the 3GE team.

“Acquisio allowed us to compete and gave us a competitive edge early on so we could run the same caliber campaigns as other major auto agencies,” said Hanson.

3GEngagement went from a company of two, Hanson and his wife, to an office with 26 employees.

Acquisio’s bid optimization takes care of all the repetitive and mechanical tasks that can and should be automated, and makes it so the talented team at 3GEngagement can concentrate on other, more creative and critical matters relating to campaign management.

“Acquisio has helped us scale and minimize the labor needed to grow,” said Hanson.

Acquisio’s bid and budget management solution works to maximize clicks and conversions while reducing cost and optimizing the PPC budget, and it’s just what a growing company like 3GEngagement needed.

Hanson and his team at 3GEngagement tested out the bid optimization solution with five to ten accounts, to see what kind of results it would produce.

“We saw cost per click go down and clicks go up,” noted Hanson after bid optimization was implemented. “When we saw the improved performance we decided to put all our accounts on the optimization solution.”

The auto agency was able to see such success because the algorithms utilize a system that updates every 30 minutes to account for any changes that are happening in the PPC auction throughout the day, and the system makes multiple decisions every second to allow campaign managers to spend their budgets effectively and with more overall control.

Over the course of a few weeks, the initial accounts using bid optimization started producing better results. After a month you could see a clear pattern of improved clicks with lower cost per click, creating a picture perfect “x graph.”

“It’s definitely doing what it promised,” said the CEO of 3GEngagement. “In a lot of accounts the traffic doubled for the same budget with bid optimization,” said Hanson.

While some agencies like to be hands off, that was never the strategy at 3GEngagement, so when bid and budget management went from a managed service to a self serve model late in 2015, 3GEngagement were one of the first clients within Acquisio to jump on it.

“Paid Search today is about leveraging the best technology that is available while still having the flexibility to react based on our intuition from years of experience working in the automotive digital space,” said Hanson. “BBM Self Serve gives us exactly that, along with being able to adjust our client spend immediately when budget changes are requested.”

With the goal of having more control over accounts and taking performance a step further – all while strengthening the balance between human experience, intuition and machine learning – 3GEngagement has seen great success with the self serve bid optimization option.