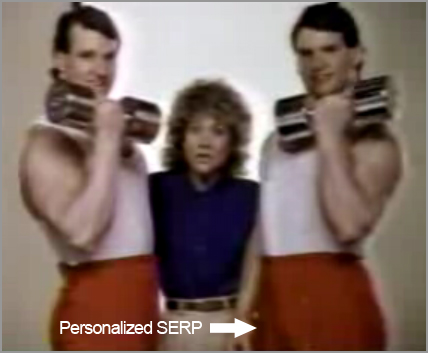 Back in early 2007 there were so many boatloads full of buzz about Google integrating more “personalized” results into the index, switching on a feature they called “Google Search History” by default for many searchers.

The Yoast screenshot shows some basic metric collection that would form the basis of a personal searcher profile.

A little later that year Google’s over-employed product-name-change committee slapped a new label on boring old “Google Search History” and christened it “Google Web History”. Then they had the balls to say the name change was to illustrate that yes, they’re spying on us, but for all the right reasons, just to serve us better as individuals, commercially, and besides, if they just stand outside our open window and look in, is it really so bad… you know, if they own the windows?

All of this 2007 personalization speculation was pretty significant in the not-much-is-ever-all-that-significant world of SEO. Some feared the sky was falling, that personalized search would destroy SEO forever, others applauded what seemed like a logical move forward in the evolution of the greatest search engine the world had ever known (wow, so much drama in that sentence I’m on the edge of my laz-e-boy).

But here, in 2009, the impact of personalized search has been subtle, if noticeable at all. Just some barely perceptible differences in SERPs, mostly based on whether you’re logged into your Google account or not. And really, the SERPs kinda just seem like they’re the same but with sites you’ve been to before ranking better, or more often. As late as November 2008 however, industry heavyweight Bruce Clay predicted that personalized search results, search intent based SERPs, would only really start showing up in the wild over the first half of 2009. That’s just about nowish.

The November 08 article is reminiscent of many, many early 2007 conversations:

“Ranking is dead – going forward you’re going to have to look at analytics, measure traffic, bounce rates, action, etc. SEOs will have to ask themselves questions like:

– Did I get the conversion I was after? – Did I really deliver on the promise of SEO?” – Bruce Clay

I may not be the first to posit this theory, as personalized search was first launched by Google more than four long Internet years ago, but perhaps the reason they have been so slow to integrate it is simply because it fails to create a better experience for the searcher, or Google Incorporated for that matter.

The conspiracy theorist side of me thinks that in reality, personalized search may weaken Google’s brand as a whole, if it’s implemented too well.

When people go to a search engine it’s because they are looking for a piece of information, and they don’t know where to go to get it. Simple, yeah? The search engine directs them. Give people some credit, they know the search engine is not the keeper of the knowledge, that it’s just the key-holder, the gatekeeper, the stay-puft marshmallow man, and that the actual websites behind the Google curtain are the things that really teach you stuff and entertain you.

Personalized search has the idea built into it that if I’ve used a resource before, and I liked it, I might want to use it again. This is reasonable – but should it mean that that site deserves to show up more often or be given precedence in general when I do a search? If they show up, they are familiar, they are likely to be clicked – but does that mean they were the superior resource? The concept is a bit like how the brain works, with often used memory traces having the easiest to reach neuron activation levels, and so they self reinforce, but sometimes trigger just because they’re so commonly used, resulting in illusions.

In a fictional normal world (Oxymoronica!), if a searcher knows a specific resource is likely to house the information they seek, it is only in the rare and temporary instance that they can’t recall the name or URL of the target resource that they should choose to go to a search engine and use it to aid their memory. But Google has so permeated our minds, ingrained itself as the only solution for any type of searching online, that even if I know the target domain, but I don’t know the exact URI, I just search Google. On-site search engines usually suck anyway, right? That is the current power of Google’s monopoly on every thought that has to do with search â€“ but it’s not impossible that things could change, that powerhouse sites like Facebook may train people to search at the website level itself, though it remains the exception. 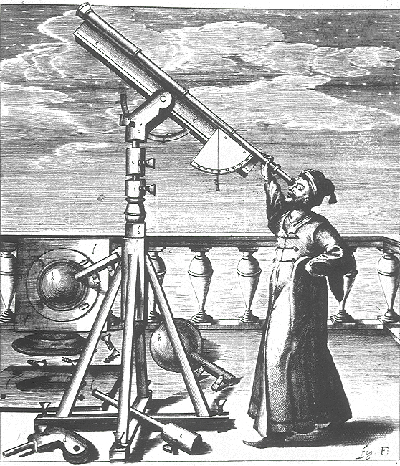 If Google continues to adhere to the concept that search personalization is inextricably linked to reinforcement of previously discovered resources (which, of course, they may not, proven capable of changing their minds), then they will be effectively reinforcing the branding of other specific resource sites in their SERPS — some of us searchers have little itsy-bitsy highly influential brains (oh… hi), and repetition is the only thing that a brand needs in order to be remembered. It’s almost inevitable that this will contribute to a portion of users learning to go directly to the branded resource, instead of through a Google proxy each time. Intuitively the effect may appear to be small, but little things matter when you scale like Google.

It may even be safe to say (or completely unsafe) that searchers, the vast majority of the time, want to use search engines to find new resources, and that placing just the opposite in front of them more and more often is going to lead to dissatisfaction. The search engine just will not seem to be serving its most basic purpose. The more intelligent the personalization the better? Google will never know if I feel like a certain slant or opinion, which only humans can really associate with a domain, and so any automated attempts they make at going from a semantic interpretation of my query, to a certain website that has a complimentary style beyond matching text will always be, at best, a not-extremely-well-educated guess. Could they dream up practical and useful ways to use the personalization data? I’d be a fool to put anything past Google, but magic, I do not expect.

In 07, Danny Sullivan theorized that Google wanted to get up close and cozy with user data in the long run, and search personalization was a part of this parcel, if not an end that the other personal data collection was a means to.

If things resurface in 2009, old controversies will become new again. Contrary to Google’s previous statements that the Google Toolbar would not be used to affect ranking results, they revealed that Toolbar data would be used to gather web history information, which would be used to directly affect personalized search results, and hence rankings. Genuine privacy issues were brought forth… but then Google stopped talking about it, the SERPs barely changed, and SEOs and the rest of the world got back to normal (ok the rest of the world never really noticed).

Beyond privacy issues, will a potentially blind push towards personalization on Google’s part actually harm the searcher experience? Will it reinforce surfer behavior of going directly to their favorite resources instead of Google first? Thanks Google, for reminding me that I like real websites more than you, and if my memory is functioning well, I don’t really need you half the time – but by the same token, shame on you Google, you’ve made my searching experience less diverse, not to mention you’ve become less of an egalitarian for my webmaster friends around the world. Boo.

A former member of the Acquisio team, Naoise was the Search Engine Marketing Director at Catalytics, the services arm of Acquisio before that was sold off so that the company could focus more on developing the Acquisio platform. In his role at Catalytics, Naoise managed SEO strategy for agencies across North America. Today, Naoise is based in Montreal where he is a founding partner of AOD Media Group Inc., which specializes in SEO, analytics and Facebook marketing.