A rather silly obsession has developed in our “digital” world today: that there is some kind of divide between those who are “digital natives,” and those who are not.

Worse, some feel that there is no greater compliment to pay someone than to refer to them as a digital native… and that it’s perfectly acceptable to dismiss “non-natives” as somehow outré.

With the possible exception of Nicolas Sarkozy, that language is no longer acceptable in the real world of building real nations. And a good thing, too. 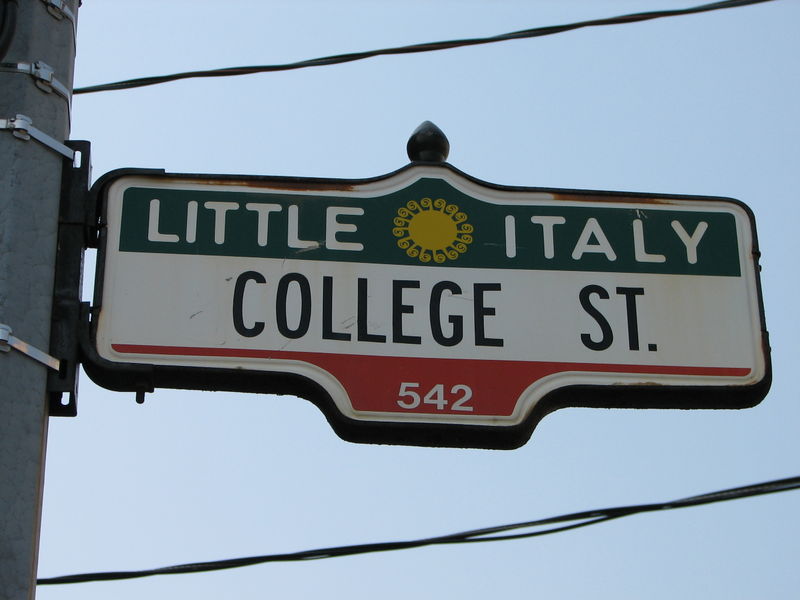 Rocco Rossi, a former Toronto mayoral candidate and former President of the Liberal Party of Canada, recently told a touching story about his uncle’s tough beginnings as an 18-year-old Italian immigrant to Canada in 1951, landing at Pier 21 in Halifax, Nova Scotia. Later, after the uncle had broken this fresh ground, others from his family and the poor farming region he had emigrated from made the trip across. Today, 350 people from that community now call Greater Toronto home.

What struck me about the story wasn’t about how different we all are, but rather, the similarities. Outside of First Nations and (by now) a relatively small percentage of those descended from those who arrived early, in the 16th and 17th centuries, the majority of Canadians are first, second, and third generation immigrants. And most have parents or grandparents who can relate tales of what life was like trying to get established “off the boat.”

Yet we often deny these similarities. Established immigrant groups aren’t as welcoming as they could be of the newer ones. The newest ones can’t understand the dull culture of the established group. And the well-established, but still relatively new, groups like the Italians as immortalized by novelist Nino Ricci, want to convey a Goldilocksian quality of being not too fresh, and not too stale, not enjoying the full advantages of the establishment but not dirt poor anymore.

Everyone jockeying for position – and lobbing subtle putdowns at groups that arrived on a different boat. When in reality, we’re all in the same boat.

That got me thinking of the “Digital Nation.”

In Digital Nation, the chronology is backwards: the newer generations are the “natives,” the older generations supposedly the awkward, uncertain “immigrants.” 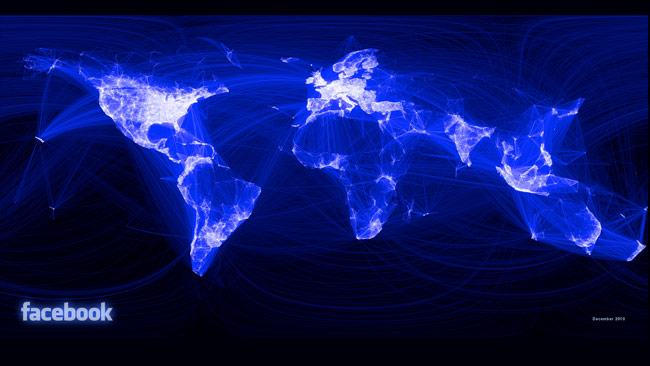 In this version of reality, there is a surprising amount of posturing around who qualifies to work and prosper in the industry. If you didn’t just get here, maybe you’re too set in your ways to really “get it.” (As Dilbert once aptly conveyed, the older tech worker can be replaced by the younger tech worker, who can in turn be replaced by a “fetus.”)

Or on the other hand, if you arrive too late, maybe all the good get-rich-fast opportunities (Microsoft millionaires, Google employee #76, got a great gig at Facebook three years ago) will be gone!]

All of it is nonsense…

At best, this division serves to remind us of how younger people think, or how to drop old baggage from our business strategies in order to take account of scale, networks, and the speed and power of the information revolution. At its worst, it assigns too much credit to anyone who merely displays comfort with using their new tablet, and who can string a few buzzwords together from Silicon Valley startup culture.

And this underestimates just how strong the digital divide still is even among young, educated people under 25. There are those who use Facebook and buzzwords, and then, those who can master advanced programming languages (and follow formal academic study, at least for a time) to solve hard problems. The vast majority of “digital natives” are passive followers of the creations and transformations spearheaded by a driven, accomplished few.

It’s unsurprising to this Gen-X’er that it’s often baby boomers who seem obsessed with digital natives, or even want to be seen as digital natives. These are the ones who write books on how to understand those who are born digital, or tweet endlessly about this app or that.

How do they ever get anything done? Some of it’s downright weird, when you look closely.

Faking It Till You Make It

Most accomplished people can leverage digital technology and digital culture – regardless of whether they are in the right age bracket or directly able to code in the latest languages. And they do so in fascinating ways.

Most importantly, if they fake-it-till-they-make it hard enough, they’re left with legions of followers who casually toss around mentions of uses of their platforms as means of faking-it-even-harder. Maybe a few examples will help clarify.

Take Matt Drudge, publisher of a page of links I don’t know what to make of called the Drudge Report:

And what about Arianna Huffington The queen of the vaguely progressive soft-scraper empire known as the Huffington Post, is a very well off Baby Boomer. I’m sure she goes to great effort to look casual when she uses her smartphone (without reading glasses).

Then there’s Nick Denton founder of Gawker Media. He’s a wonderfully creative entrepreneur and always accurate commentator on the state of our industry. Denton is a kingpin of breathless, shameless, salacious blogging.

But did you know that Denton left his job as a financial reporter to start up what was essentially a type of enterprise search engine technology? A news aggregator called Moreover, one of a pack of early services intended to turn the archaic practice of “news clipping services” on its head. Denton acts all casual, but it takes a lot of deep understanding of the information revolution to create a successful startup that changes how business works.

New York Mayor Michael Bloomberg started up something not so dissimilar to Denton’s company; unlike the mildly wealthy Denton, Bloomberg got extremely rich off it. Bloomberg is still a global information empire, majority-owned by Michael Bloomberg, despite being pre-Web in its genesis. It was founded in 1981, around the same time Microsoft created MS-DOS.

Google is stocked with young, savvy coders. They’re also loaded with seasoned Ph.D’s, directed by numerous Silicon Valley elders, and have often had their butts kicked by a seasoned business advisor named Bill Campbell, who not only holds a Master’s degree, but was coach of the Columbia University football team in the 1970’s, VP of Marketing with Apple, and more recently, CEO and Chairman of Intuit. For all of these reasons, Googlers dubbed him ‘Coach.’

Sheryl Sandberg, also a key figure in the early days of Google’s operations and the moral conscience of its advertising program, is now COO of Facebook. She came to Google with a background in consulting at McKinsey, and as a high-ranking official in the Treasury Department under the Clinton Administration. Her role at Facebook has been so pivotal to the company’s survival and profitability that her total (mostly stock-based) compensation (so far) is valued at greater than $1B.

Amazon.com, led by the irrepressible Jeff Bezos, is today an $83 billion company. Bezos started Amazon in 1994. He is a true digital pioneer and visionary. But he is not a “digital native” by today’s definition, nor was he seen as a particularly accomplished techie.

Like Steve Jobs, Bezos learned a lot on the job, though he knew enough in 1994 to write job descriptions for accomplished coders. He descended from Wall Street with a vision and executed it with a freakish level of obsession to detail. Amazon is so influential that its ease of use became a shadow under which all e-commerce vendors lived for years.

Groupon is a “laughable” creation by a cabal of tech-agnostic financiers who happen to have made quite a dent in the marketplace. It’s a digital business, sort of. Critics of the company seem to feel that by criticizing the company for “not being really digital,” they can somehow talk down its valuation. Good luck with that! Current valuation: $11.4 billion. I’m not a fan of Groupon myself, but it’s very real.

In cloud computing and SaaS, middle-aged to older conglomerates like IBM, Xerox, Oracle, etc. make up a huge part of the value of the US stock exchanges. Even Salesforce.com, the “upstart,” is too mature to be cool to the cool kids. But it’s worth $20.7 billion. Its 47-year-old founder, Marc Benioff, cut his teeth at companies at Apple and Oracle after creating a software company in high school, selling games for systems like the Atari. 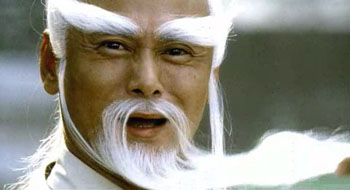 “It’s the wood that should fear your hand, not the other way around.” –Pai Mei

What’s my conclusion? Well, I don’t mean to deny the obvious: that it can be a great advantage to be born into the digital revolution. Many new and valuable services will be started up by those who come to the table with a lot of the right prerequisites in terms of knowledge and disposition.

But “digital immigrants” like Jeff Bezos, Michael Bloomberg, Marc Benioff, and Arianna Huffington bring something special to the table as well:

And one more thing. Because they’re not caught up in the “cultural scene” of “being digital,” the “digital immigrants” are apt to tell the truth.

Alan Meckler, who for some reason doesn’t have a Wikipedia entry (though his company does), posted simply and directly: “Wikipedia is a Farce” and Wikipedia is Dishonest: . And what did he have to lose? Lunch with Jimmy Wales?

There is going to be much value and an incredible amount of fresh cultural output emanating from Digital Nation in the coming years. But Digital Nation needs – desperately needs – the balance, formal educational backgrounds, structure, greed, fears, planning experience, bridging abilities, and irreverence of its “digital immigrants.” (“Immigrants” who represent, paradoxically, the older generations of technologies and financial opportunists from planets far, far away – namely, previous decades like the 1990’s, 1980’s, and in the case of IBM, long before that.)

Were you aware that good ol’ Microsoft (MSFT, at $273B) is still valued higher than Google to this day? Crazy, right? Also sitting comfortably in the list of top ten companies by market capitalization in the Standard & Poor’s 500: IBM, at $238B. Google’s holding its own at $203B. Facebook, after it goes public, is expected to be valued at $100B. We’ll see if they have what it takes to keep up. It’s really too early to say.

Or to sum it up most concisely: Zuckerberg, Schmuckerberg.