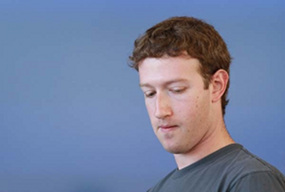 Look, we all like to take potshots at giants, and that’s the reason that Facebook gets a lot of hits from, well, almost everywhere. Whether it’s consumers who hate that the free service they’re using has to show them advertisements, or advertisers complaining about how Facebook ads don’t work, or investors losing confidence in Facebook and dropping its stock price about $20 over the last four months, one thing is certain: there are a million Davids throwing stones at this Goliath, and there always will be. I’ve even been one of them.

But, like my old grandpappy used to say, one must give credit where credit is due. And Facebook, or Mark Zuckerberg, as it is sometimes called, deserves some credit for facing the realization that they’re going to have to find ways to make what is, potentially, their most profitable space even more profitable in order to survive. I’m talking about mobile.  And even investors are sitting up and taking notice today. Despite the fact that Facebook has been one of the most frustratingly slow apps in the history of mobile (they just released an update to their iOS apps that doubled the speed – thankfully), more people have been accessing Facebook via their mobile devices than via the browser version over the last year. What they have had difficulty doing is finding a way to advertise to those folks in a way that is not intrusive, and still reaches the target audience. In May, when they went public, there was nary an ad to be found on the app. Fast forward a couple of months, and the initial data showed that Facebook mobile ads get up to 13 times more clicks, and earn up to 11 times more than their desktop counterparts. But there’s still a long way to go, and Twitter is set to outpace Facebook on mobile ad revenue this year. The difficulty with advertising on mobile is that space is limited, so if you can’t free up more space, there’s only one solution: get people to stay on the app for longer. And this is what Zuck & Co. are addressing now. The recent iOS update points directly to this, with a few added bells and whistles like real-time friend updates, and faster response times. In order to really take advantage of the mobile ad space, Facebook is going to have to convince people to be on that app for a lot longer, and they’re also going to have to find ways to get people to open it up more often. This appears to be something that they’re aiming at as well with the new Facebook Messenger and Camera apps. The more they can get you thinking about Facebook, and using it through any number of apps, the more opportunities they have to serve you an ad. And with higher CTR and conversion rates, this is great news for marketers. Mobile is exploding. We know that. What we also know is that mobile is incredibly profitable. Facebook is moving in the right direction by focusing as much as they can on mobile engagement, and, as marketers, we’re going to be able to reap the rewards. It’s a good move by the social giant and this particular David will put down his sling for at least long enough to see how it plays out.