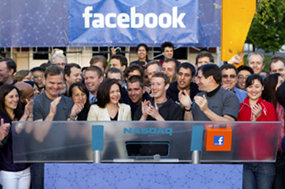 If you’re happy and you know it, clap your hands.

This is pretty old news by now, but this week I want to write a timely post about how Facebook is one whole evolutionary step beyond Google and how it is going to eat the search engine’s lunch. Google has become one of the biggest businesses on the planet by positioning itself and its advertising exactly one click away from any desired action: ▪ Immediately before finding the new novel you want to buy. ▪ One click before a mortgage application. ▪ Or even one click away from finding some videos of people doing things that are all together less savoury. The problem for Google is that it cannot affect people’s behaviour before the last search.* Google search is all about the fulfilment of demand; it does not shape, nor does it generate the demand.

It is exactly because of this Achilles heel that Google has produced (or acquired) a mind-bogglingly large number of products and services. Some of them have been good (hello to Google Maps, Gmail and Docs), and some not so great (good riddance to Buzz), and on some the jury is still out (Google+, Display Network and Remarketing). Despite this proliferation of services, I must point out that Google have been ‘caught napping.’ Just as users adopted Google so quickly in the early years because it made information free and available in a way never before possible, Google is now about to lose relevancy because users don’t just want to consume information. Web users want to publish information themselves and they also want to vet, verify, and judge that information, all in a safe, constant environment where their peers collaborate. This is no longer a world dominated by the last click of Google but the last 100 impressions of Facebook. Google’s obsession has been tools to make things better, faster and easier for users, but I don’t think that any of them get Google significantly further up the decision making process towards the ‘Demand Generation’ dollars that have historically been ruled by TV and is now beginning to be colonised by Facebook. Why should Google be concerned about Facebook? Simply put, Facebook is delivering a Paradigm shift in web use.** The Facebook project is much larger than that of any other website past or present, and I would argue that its ubiquity in how we use the web is going to become bigger, more important and longer-lived than that of Google’s. 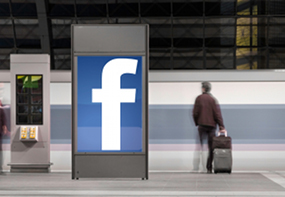 ‘To Google’ may have made it into the Oxford English Dictionary as a new verb for web search, but ‘To Facebook’ is going to define how we use the Web. Full stop. How is this going to happen? For Facebook to deliver the paradigm shift I am suggesting above, it must redefine our relationship with the web. To try and illustrate my point I will give some broad elements which define the web and what it is used for, then, I will try and show how Facebook is taking those over and what that might mean: Any attempt to define the internet (and its primary uses), would probably make some mention of the following: 1. The internet helps us connect with friends. 2. The internet is freely accessible and navigable via great search and indexing tools like Google. 3. The internet allows data to be free: sites like Wikipedia or Yahoo! Answers will give you masses of data on almost anything. 4. The internet allows ecommerce. 5. The internet allows us to post notes about our lives. i.e. Blogging 6. And in more recent times: The internet mixes GPS technology with map data for augmented realities and location -based services. Now line these up against Facebook’s offerings old, new, and planned: 1. Facebook was designed to connect us with friends. 2. Facebook is constantly tweaking its Search tool and is already working on ‘social’ and even ‘semantic’ search which is seen as the ‘holy grail’ of search in the future.*** 3. Facebook has ported in Wikipedia into its domain and has its very own ‘Questions’ application to challenge the likes of Yahoo! Answers. 4. Facebook is helping many brands deliver ROI positive media campaigns through ASU advertising****. Facebook also has Marketplaces and Offer distribution, and of course, its own currency in Facebook Credits. 5. Facebook Notes and Wall updates allow all users to blog, be it micro or macro in scale. 6. Facebook launched Places as competition to foursquare. Facebook is starting to bring together many of the key services provided by the chaotic wider web under one roof, one brand, and one single, user-friendly, user interface which is simple and easy to use. If it succeeds in doing this seamlessly (and without falling over privacy laws as it goes), then it will have removed the average web user’s need to browse through other sites at all. And don’t get me started on how the ‘Wisdom of Crowds’ will take this momentum and give it an extra boost. If you add on top of all this Facebook functionality the fact that it is inherently social, and thus backed up by friends, family and colleagues rather than anonymous clicks and back links (as with Google’s SERPs***), then Facebook will be informing a shockingly massive number of decisions made in people’s lives. If it achieves its aims, Facebook will have become all of the clicks of the mouse prior to Google’s last click and it is only a matter of time before Google becomes marginalised and goes the way of Yahoo/Bing potentially leaving Facebook as the 100 prior impressions and the last click as well. 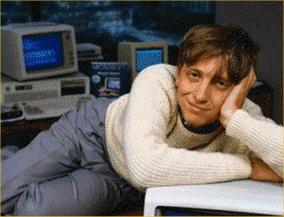 I would suggest that Facebook’s eventual effect on Web use could be as big as that of Microsoft Windows on general computer usage. Before Windows, computers were the sole domain of programmers and scientists: DOS was no friendly place for the beginner, and had Bill Gates not come along with an operating system that everyone (literally everyone), could use, then personal computing had no future. In the same sense that Windows made order of the chaos of early computing, I’d say it’s a fair prediction that Facebook is going to make sense of the wider internet (not for the experts or for you reading this post, and not for the early adopters or the geeks and scientists, but quite seriously, for everybody else). Is this a ridiculous claim to make of a Social Network? I don’t think so. Facebook is going to do to Google what TV did to Radio. Yes, Google will still exist and be very important, but it won’t be the biggest or the most important site on the web any more. Facebook is going to eat Google’s Lunch. * There a few points I have made in this post which I either have not had time to fully substantiate here, or have intentionally not bothered substantiating in the interests of generating a debate rather than a White Paper. I asterisk this point in particular as being one which could verily be argued because I don’t want my Head of Search to have an aneurism if he reads this. ** This term is oft misused, so I offer a definition here: a Paradigm Shift is a complete change from one way of thinking to another. It’s a revolution, a transformation, a sort of metamorphosis. It just does not happen, but rather it is driven by agents of change. *** I totally accept that Google+ now brings social endorsement to Sponsored ads on Google, but I would question how beneficial this is going to be unless Google+ achieves a critical mass of users. **** I also acknowledge that some brands (notable in this weeks’ news; General Motors), have not worked out the correct approach on how to get value from Facebook, and that stories of failure are as frequent as those of success. I would also state that failures are more to do with inappropriate planning and inadequate execution and less about the Facebook Platform

Dan is the Director of Operations at Rocketer. Dan was Rocketer’s first employee and part of the team that developed its market leading advertising solution for Yahoo’s Search Submit Pro product. Dan was also part of the team that built hmv.com into an award winning ecommerce platform. Dan’s mission in life is to marry a technical advertising solution with first class service. His favourite feature of the Acquisio platform is the client extranet that lets client login to view pre-set graphs and reports set by the agency updated in real time.