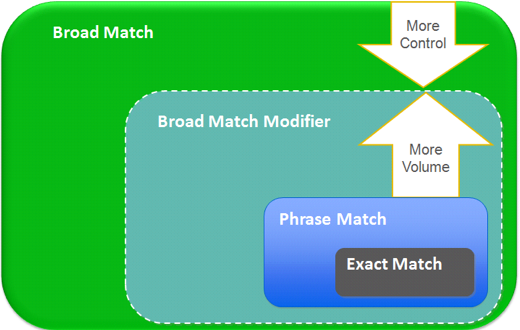 One of the most exciting aspects of online advertising is the capability to conduct on-the-fly A B testing, but if you are unaware of how to effectively test with broad match modifier you could be missing a big opportunity to reach a larger audience.

How to Use Broad Match Modifier

How exactly do you set broad match modifier up? It’s simple, just put a plus symbol (+) directly in front of one or more words in a broad match keyword. Each word preceded by a + has to appear in your potential customer’s search exactly or as a close variant.

If you don’t feel comfortable implementing broad match modifier to your campaign, Acquisio’s Google Adwords Modified Broad Match Keyword Tool is a great first step. If your strategy thus far has primarily been exact and phrase match keywords, you’ll be amazed by how many more search queries appear once you implement broad match modifier!