First, I’ll start with Avocados from Mexico. My thoughts after watching – “ I don’t get it.” Why spend all of the money for that. Prior to the Super Bowl, I was questioning the goal of purchasing this time slot. Do people really care that their avocados come from Mexico? The attempt at humor with the first draft had no connection to avocados. The commercial said nothing about the brand. Viewing social media during the game, I thought people enjoyed the spot but saw no inclinations that they would purchase more avocados. 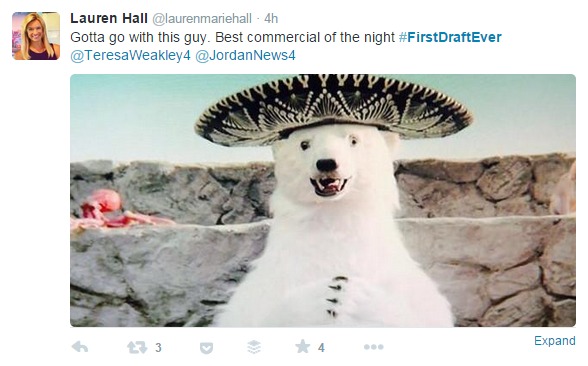 The real unique story about avocados that are grown in Mexico is that they have 4 blooms a year while avocados grown in other areas of the world have one bloom a year. Given that a large percentage of the people watching probably have guacamole sitting there, they could have gone a different route. Maybe tell a story about how the taste is better? Maybe show a blizzard in Mexico that would impact avocado season thus preventing guacamole for the big game? I saw nothing that would help drive the sales or create a connection with the brand.

On the opposite side to the spectrum, I thought Carnival did a great job of helping their brand by evoking emotion. By using the John F Kennedy speech about the sea, Carnival followed the route that Chrysler motors has been using. Maybe I’m getting soft because I’m a new dad but I got chills. Prior to the event, I wondered if they would address the recent troubles of the cruise industry. While not directly addressing, I thought the ad helped reconnect the brand with consumers. Americas love the emotional connection that these spots deliver.

On social media, I saw several people say they didn’t connect or understand.

Surely, this ad was different from what we generally see from Carnival. However, I felt by not showing people having a great time, Carnival established a sincere messaging about pursuing fun and exploration of the sea. It left me wanting to head out to the coast this weekend.

Let us know what you thought were the best and worst ads of the Super Bowl in the comments below.

Chris Doran, VP of Marketing at Acquisio, is a product marketing professional with a strong passion for customer satisfaction. He joined the Acquisio team after 8 years at Microsoft, Online Division, where he worked in both the Sales and Search Business groups. He spends most of his free time with his son, Andrew, and fanatically follows the New Orleans Saints.