Google dropped news in June about rebranding and mergers that didn’t quite have the impact that some M&A rumors might. Its big news — DoubleClick is dead, AdWords has a new face, and multiple businesses owned by Google related to digital advertising are being pulled under a single umbrella. Hype aside, though, what does it really mean for Acquisio users?

Google is bringing DoubleClick Ad Exchange and DoubleClick for Publishers together under the name Ad Manager. DoubleClick Digital Marketing and the Google Analytics 360 Suite are coming together to form Google Marketing Platform. At the same time, Google AdWords is being rebranded as Google Ads. All of the tools associated with online display advertising via Google will have a Google URL and be linked together for streamlined integrations and processes.

Last month, we announced that Google AdWords is becoming Google Ads. Starting today, you will begin to see the new Google Ads brand reflected across our product, Help Center, and other channels. This will take several months to roll out fully. Learn more: https://t.co/E2rqPY3AJ2 pic.twitter.com/V6KB0xoRJg

The goal, as stated by Google, is to combine powerful ad display and analytics tools into a single resource, making it easier for businesses of all types to manage and succeed in digital marketing.

What Are the Broad Implications for Marketers?

With Google at the helm, it’s a bit of a loaded question. The first obvious change publishers and advertisers may see is the Ad Manager name and logo slipping in to replace the DoubleClick branding. It won’t happen overnight — Google says it’s likely to happen over the course of a few months across all DoubleClick assets.

But aside from the packaging, the rebrand is more about bringing things together than taking away existing functionality. According to Google, the change is a response to ongoing requests for a simpler approach to holistic advertising, as well as a combination of analytics and ad technology.

You also don’t have to worry about immediate impact to your marketing budget. Google isn’t changing fee structures with the rebrand – which is great! But it doesn’t mean it can’t change in the future.

Given Google’s history, you should expect changes in the future and be ready to move fluidly with them. Luckily, it’s good business for Google to make ad functionality work for as many brands as possible, because what makes you money also makes Google money. In the immediate future, though, you can expect these three things from Google’s new marketing umbrella:

Here at Acquisio, we’re thrilled at the move Google is making to simplify their advertising suite for marketers. Since Google is taking on these changes in their backend, it won’t change much for Acquisio platform users. Our API will still continue to bring in your campaign data seamlessly and you shouldn’t notice any changes on your accounts or campaigns. While this may be the biggest change inside AdWords in history, over the next coming months the biggest change Acquisio users will see is the AdWords logo being updated inside Client Campaigns. That said, if you have any questions about these recent changes, don’t hesitate to reach out to your account manager.

Acquisio's AdPlatform Product Manager, Richard has over 10 years experience in digital Product Management and Marketing across various industries in multiple countries. Prior to working at Acquisio he brought innovation to Yellow Pages Canada, Aptilon and StepStone SA. 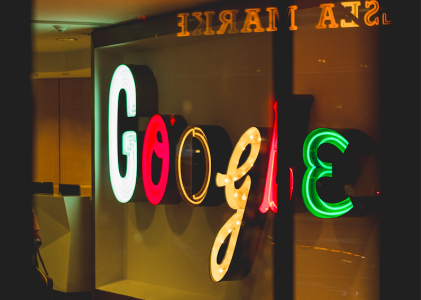