Google is making the lives of digital marketers much easier. Or, at least more efficient. As of April 20th, anyone advertising on the Google Display Network (GDN) can set up what’s known as “Smart display campaigns,” a new way to optimize marketing efforts automatically. But what makes Smart campaigns so smart? 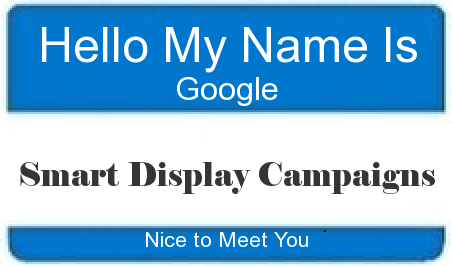 Creating, tracking, and optimizing ad campaigns can be complex, which is why the Smart campaigns tool takes a lot of the guess work out of it. Honestly though, Smart display campaigns are not a plug-and-play option, there are some rules involved.

Before you can even dream of using these intelligent campaigns, there are some things you need first. To make sure you have enough data to work with, Google says you need to have at least 50 conversions tracked by Google on the GDN (or 100 on the Search Network) in the last 30 days. You’ll also need to have enough daily budget for “at at least 10–15 times your target CPA bid,” says Google. Lastly you’ll need ad assets such as your images, brand logo, descriptions, and headlines.

If you have all of those, you’re set!

From there, you input the required data and the Smart display campaigns tool will create a series of ads to show users on the GDN. A few different types of optimization technologies are at-play, including automated ad creation, targeting, remarketing and bidding, in order to ensure your ads reach as many customers as possible.

But Are Smart Display Campaigns Effective?

Launching only a week ago, there isn’t enough data to say whether Smart display campaigns is an amazing or lackluster tool. Still, Google did provide some impressive figures in its press release for Smart campaigns.

Right off the bat, Google says that advertisers already using Smart display campaigns are experiencing a 20% increase in conversions at the same CPA. Pretty impressive numbers, and Google backs their findings up with a case study on Smart campaigns.

Hotel search platform trivago is the subject of the case study. After inputting creative assets and campaign goals, Google did everything else. 25,000 unique ads were created and shown to travellers in search of hotel deals. The ads were even shown to users based on the content they were viewing, like a travel blog. By using Smart display campaigns, trivago “drove 36% more conversions at the same CPA” according to Google, thus showcasing the tool’s power to improve campaign-performance.

Hulu Japan and Credit Karma are two other businesses also seeing success with Smart campaigns. Both companies sought new subscribers. After turning to Smart campaigns, Hulu Japan and Credit Karma are both getting a 37% higher conversion rate thanks to the automation tool. Keep in mind however that these advertisers had a wealth of data to inform Google’s Smart display campaigns tool to begin with, so the machine had a lot to learn from. Small businesses may not have as much luck because they likely wouldn’t have the required data to “qualify” for it.

Still a little wary? Or are you super excited to try out the new Google Smart Display Campaigns feature? Leave us a comment below and let us know how your Smart campaigns are going or why you opted not to use them.