This is part three of a three-part series. You’ll find Part I here, and Part II here. 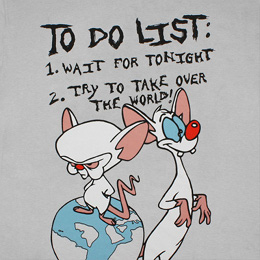 Taking over the world is harder than one might think.

Let’s be humbler. Let’s admit that many exciting-sounding solutions emanating from both agencies and software firms in our space aren’t pure science, they’re pitches. And there is no neutral arbiter and few ways to directly A/B test one agency+solution environment against another. (Ironically, the pseudo-scientific way to do that is often pursued by clients: “we’ll give these guys this piece of the business, and try to compare how they’re doing against the other guys over there with that other piece of the business.” It’s as good an audition process as any informal process out there… but funnily enough, it tends to contribute to more, not less, “chopping up” of business.)  The closest we can come is through honest debates in industry media, forums , events, and organizations. It’s messy, like democracy. It’s the worst system in the world, except for all the rest.

Great agencies face a persistent problem. Top talent tends to get bored, splinter off, and leave. Then something strange happens. If that splinter thrives beyond expectations, clients who bought into the upstart culture start to feel threatened. An attempt is made to create artificially cozy “rooms” in an increasingly sprawling and crowded house. But then another thing happens. Enough value (or at least scale) has been created that it’s on the radar of one of the even larger holding companies (perhaps similar to one from whence they splintered off earlier). And some of the principals at the “upstart” group need to pay a few bills and take a discount on what they once hoped the true value of the agency could become, simply because small companies lack liquidity and larger ones have capital. So the upstarts sell before they take over the world.

Grand narratives? Meh.
Modeling the “best” or the “ideal” kind of agency may be a matter of perspective. But since most measuring sticks are going to be 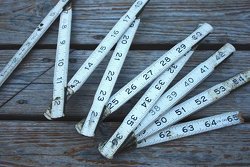 purely arbitrary (cool? visionary? smart? aren’t we all?), there is a case to be made for looking to the biggest, most persistently profitable agency organizations for guidance.

Agencies, typically, have been “mosaics” rather than melting pots, and the same thing goes for many large, well-followed professional services firms that have been built through relentless acquisition – such as engineering and architectural firms.

Our brains are wired for pat narratives; that’s why the press and Wall Street analysts love the big engineering firm or the big ad agency for which you can report nice aggregate figures (return on equity, overall sales, dividend yield, long term debt, etc.) for the sake of comparison with other known behemoths. Everyone understands that there are lots of rusty moving parts inside, but folks rarely want to hear about these.

While it’s convenient to speak of macro-trends, those forced categorizations don’t make the underlying details – the sub-units and daily tasks and nuggets of data that make it possible to paint those big pictures – obsolete. 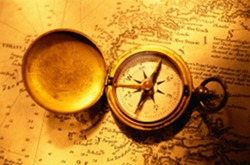 Sometimes, disjointed realities are just that. In the worlds of art, literature, and philosophy, postmodernism has risen to repudiate oppressive grand narratives. Few of us believe in water cooler news anymore; product proliferation and hyper-customization threatens the dominance of traditional brands. The new established order just happens to be a state of apparently permanent disjointedness, reinvention, disintegration, and rejuvenation.

To make things even more maddening, amidst this din, brands have to listen. Can they?

You know best. (You, and your paying customers. And… shareholders.)

So… if so many of us have become relatively comfortable with the postmodernists’ insistence that we embrace uncomfortable fragmentation in meaning and in “what works,” then why on earth would we believe in any vision of what the ideal or best organizations of the future might look like? Why would we listen to anyone who would purport to know what it is?

So… go out there and pitch your business, and deliver to clients what they need and what you’re best at delivering. Don’t worry about sweeping, monolithic claims about big crushing small, small and nimble annihilating big and slow, more visionary know-it-alls trumping siloed relationship builders, or Google, Facebook, or the ghost of Steve Jobs just taking everything over. Isn’t gonna happen. 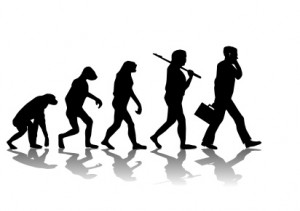 forms) will persist in our industry and will continue to coexist with a widespread sentiment that “business is all chopped up.”

Conglomerates and holding companies are clearly divided between those that are optimizing and building on models that scale and create true value in the future, and those who really don’t know, those who are just playing a game of shuffling a large empire of assets for the benefit of top executives and financiers who plunder cash from them while the getting is good.

Pay attention, too, to Umar Haque’s interesting distinction between New Economy companies providing “thin” value and “thick” value. As a lifestyle choice, you might prefer to work at a place that values thick over thin, translating into a slightly lower profit margin for the agency’s owners.

Successful conglomerates – of the type that pay consistent shareholder dividends over many decades – are inherently calibrated to assess the viability of business units. They can be ruthless in their assessments. Because those optimizations take place in an ongoing way at a level beneath any macro-trend, they can be difficult to spot. But look closely at which assets are being shuffled in, and which assets are being shuffled out, and you may gain a keen sense of what it means to work for the “agency of the future.”

Without question, conglomerates of all types will see significant acquisition value in the next generations of innovative digital marketing agencies. AKQA and Rosetta were big enough to solve certain problems for their large holding company acquirers, but that doesn’t stop the constant ebb and flow of client accounts, and it doesn’t make them the “last of their kind.” We’ll continue to witness the rise of thriving new agency businesses in places analysts never thought to look.