This is Part II of a three-part series. You can find Part I here.

What’s the opposite of “silo”? And do you really want that?

And if you go carrying pictures of Chairman Mao
You ain’t gonna make it with anyone anyhow
Don’t you know it’s gonna be alright?
“Revolution,” The Beatles (1968) 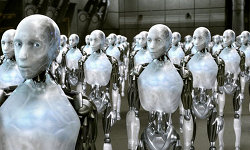 Agency of the future?

When it comes time for us to envision the ideal type of the Agency of the Future, though, what do any of us really have to say?

My guess is, what I’m about to say isn’t what you expect me to say.

Instead of that (whatever that imaginary far-reaching, visionary statement might be), I’m struck by the empirical realities of what companies are as financial instruments and business models, how business is won and kept, how relationships and contracts work, etc.

First off, though, let’s dispatch this first monster hiding under the bed:  there will be no macro-trend away from the need for qualified agents in our (marketing, advertising, and public relations) profession. Clients will perform some functions in-house, but the theory of the firm (descended from Coates, 1937) and the constant assessment of transaction costs, search costs, and comparative advantages are as rock solid as they were in 1937 when Coates asked: “Why is production not just carried out by one big firm?” Apparently there are some pretty good answers for this. Now, as ever, the logic of specialization will lead to a reasonably consistent level of business-to-business transactions in most fields.

What do we mean by agencies, by the way? The constellation is vast. From a three-person print  and design shop, to the largest interactive agencies, to huge advertising holding companies that still make most of their revenues in traditional media like print and TV. All share broadly the same goal – helping clients to market and advertise effectively.

Did someone say “holding companies”? Isn’t that some kind of dirty word, like “siloed,” “fragmented,” or “federalism”?

But it’s a fact: if you go looking for agencies, when you find any of a good size ($100 million in annual revenues on up to Publicis, WPP and Omnicom (at valuations from $6 billion up to $15 billion), they tend to be diversified holding companies. There’s considerable variation in how agencies approach the effort of putting together various specialist organizations, diverse divisions, and recent acquisitions. Some demand more coordination and rebranding of the effort so most of the organization comes across as all rowing the same boat. Others deliberately allow their underlying brands and specialized divisions to shine, providing modest support, encouragement, and better deals on logo coffee mugs, making each responsible for their own P&L but also encouraging them to develop their own vision rather than conforming to a corporate vision or rulebook.

There are several benefits to the latter approach, including a strong diversity in DNA that might lead to discoveries and hypergrowth niches that might not be found in a too-streamlined, too top-down organization. No senior management team can know everything there is to know about evolving niches, customer relationships, and the available talent to execute great work.

We keep hearing that “siloes” are bad. As if somehow because something seems silly, that we (or a few smart chief executives) can do away with it just by talking about how bad those siloes are. Alongside the silo talk, we keep hearing about how client business will be “consolidated,” which is often accompanied by a lament about the long-standing and admittedly frustrating quirk of marketing and advertising agency work: it’s “all chopped up,” is a patchwork quilt of relationships, favors, happenstance, inertia, etc.

But on the flipside of all those yucky-sounding things are the reasons they persist: clients are people and they frequently leverage relationships, trust, and inertia as reliable means of making their business most reliably profitable, their job easier, and their real lives not suck. Organizations and many of the individuals in them behave in rule-bound, real-money environments that leave more incentive on the table for sure things and incremental steps than they do for idealistic attempts for clean sweeps and “consolidated” strategies.

What’s different now, of course, is that clients are measuring more, and better, in more of what they do, with each passing year. Sophisticated data-driven marketing models more common in today’s online environment are eating gradually away at ye olde TV budgets, but the change is gradual largely because the available inventory of consumer attention in the new media is finite.

“Super crunchers” are taking over the world? Yes, they caused Kevin Youkilis to be in the big leagues. Yes, they’re changing a lot of industries. But the world is still full of 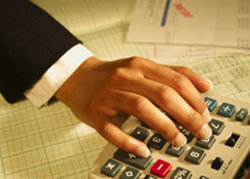 superstition, inertia, relationships, and intangibles. The “less statistical” way of sticking with “high potentials” like Colby Rasmus and Michele Wie often proves to be uncannily superior to overcrunching available data.

It’s fair to say you should still be looking closely at what makes agencies, organizational units, client connections, etc., tick in general, as much as you should be predicting any sweeping trend about digital, mobile, social, local, persona-based, all-knowing, yadda, yadda, yadda, that will sweep everything we know away in short order.

In part three, I’ll address agency consolidation, and we’ll look at how this affects the industry in general.