The Agency Mosaic – Following The Shifting Tiles – Part I

This is Part I of a three-part blog series to be published over the course of this week. Part II is here.

Play this game: have a drink if you see two 30-second spots back-to-back that you really like, that are at least reasonably relevant to you.

You’ll probably be fairly sober after a night of this. 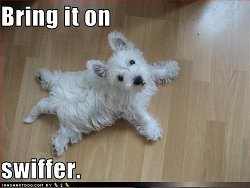 Watching the baseball All-Star Game, I got lucky playing the “back to back good ads” game. An ad came on for the Swiffer 360 Degree duster. The MILFy woman in the ad seemed real enough to me – hey, who likes dust on their bookshelves? When she got the job done more quickly than expected, she gushed (campily): “Wow! With the extra time, I can read one of these!” It connected with me. I said to myself: “That’s awesome!”

It had better be. If you calculated the total budget for research, marketing, advertising, and merchandising the Swiffer family of products, I’m sure it would be higher than the space program.

Now, I didn’t run out, or make plans to run out, to buy any additional Swiffer duster paraphernalia. But it did somewhat affirm my affiliation with Swiffer. Not that a purchase is imminent. Due to forgetfulness, house moves, etc., we have at least three boxes of conventional Swiffer sweeper pads built up in the ol’ supply closet. In accounting terms, this is a disturbingly high ratio of finished goods inventory.

The next couple of ads, of course, were miserable. 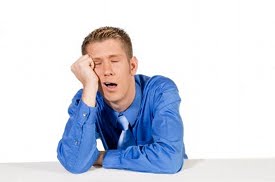 A dramatization of Andrew Goodman being unimpressed by advertising (Trained professional: Do NOT attempt at home.

No doubt the constant onslaught of irrelevant, traditional advertising by large brands has worked in the past and hasn’t entirely stopped working. It’s just that the folks who create it aren’t very good at math. The cost is orders of magnitude higher than it has to be to achieve a positive ROI.

So when it comes to the question:  “What do agencies do, anyway?,” I think we all have a general sense. Most people still get a heavy dose of the stuff.

The problem is – only in part due to attempts to measure ROI, and more to do with the radical changes in the media landscape – what’s left for advertising agencies to do has been shrinking relentlessly as the ground shifts beneath them. Agencies, historically, were most qualified to conceive, strategize, and mass persuade at scale. New media and new consumers, meanwhile, are equipped with powerful tools that simply aren’t compatible with that approach to communication.

The biggest agencies and slow-moving brands have never been geared for what Bob Garfield calls listenomics. When you’ve spent a century, and trillions of dollars, distributing “perfectly formulated,” perfectly packaged, copiously advertised products on controllable, finite shelves, it’s all going to come off a bit hollow-sounding if you trundle out a Flash website with a fun game and survey, and call it “interactive.” It’s all going to feel a bit forced if you slap together a social media presence as hastily as they installed the granite countertops on that desert-based subprime-financed McMansion in 2007. Only a blithering idiot breathlessly awaits the Toilet Duck’s next tweet as if he’s a real person. (He’s not even a real duck.)

Some brands, and some parts of agencies, will fight this thing out to the bitter end. Adapt or die? Sure, if you like. But as with the natural world, it takes a long time for ill-adapted species to die out.

My premise, then, is that despite the fact that the environment has made it increasingly ludicrous for agencies and brands to do what they’ve always done, there is something else to contend with, and it’s not the substance underlying the agencies’ current work. It’s their resilient form. That’s going to make them much better at resisting (and maybe, over time, adapting to) the changes we’re seeing in media and consumer behaviour.

What changes? Bob Garfield calls it chaos, and he isn’t kidding.  (See also my ClickZ column The Chaos Scenario: Will You Be Ashes, or Green Shoots?) 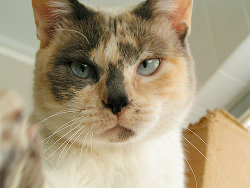 Seriously. What the heck is going on here?

Just try to make sense of the following:

And clients don’t care if the agency is particularly profitable. They do, however, like continuity.

Does the above help us find a pattern? Maybe. 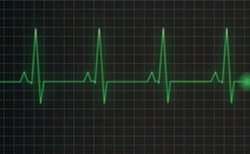 Do YOU see a pattern?

Yes, there will probably be a long term trend towards a typical “agency of the future,” one that doesn’t look quite like the agency of yesterday.  Personally, I’m rooting for the kinds of organizations (and technologies) that help companies to build “predictable response assets.”  But I’m laboring under no illusions that any mass takeover of tens of billions of dollars of global ad budgets is going to instantly benefit a mythical, better-adapted agency stuffed with “quants.”

Indeed, it might appear that when you put them all together, various fast-growing competencies that reside in portions of “our” (digital, social, better adapted) world of savvy interactive agencies, will add up to a significantly smaller pie than the previous generation of agencies got to stuff their faces with. But that will ultimately prove illusory. New needs spring up, and get classified under “different” line items, industries, etc. For example, building websites might be an IT function, officially speaking, and much of the budget could be viewed as overhead or infrastructure. Obviously, that’s misleading. To take another example: one of our clients purchased a short domain name for a six-figure amount. In traditional budgeting terms, where do you put that? Was it advertising, and what network did you buy it from? As with so many other new media line items, the old categories and the old questions are irrelevant.

Isn’t it fascinating that “the spend” shrinks, and yet simultaneously, budgets somehow grow?

In this regard, the presence of larger ad agency companies is quite convenient. As they substitute-in new kinds of digital competencies and assets, their organizations overall represent a certain consistency in total demand for marketing and advertising services, writ large.

So as the terrain shifts under our feet, it may surprise you that there will be surprisingly persistent quirks, organizational forms, and fragmentation – all of our old, familiar companions – accompanying us on what, for some, will feel like a frustratingly pedestrian journey.

Failed to take over the world? Let me buy you a drink. 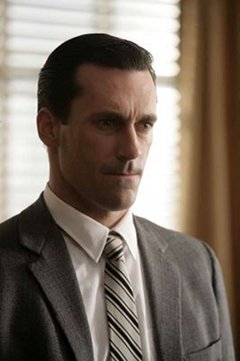 Let’s all try to keep from making him angry.

Don Draper got frustrated. But he couldn’t fix it. He couldn’t change human nature or clients’ inherent conservatism. In the 1960’s, more than a few clients told agencies they wanted them for their no-holds-barred, push-the-envelope intensity. Their behavior towards the agency would then directly contradict this bravado.

Don’s own bravado comes to the fore as he complains to Roger: “I don’t want Jaguar; I want Chevy. I don’t want Mohawk; I want American. I don’t want Dunlop; I want Firestone.” Roger obliges with a high-profile pitch meeting he wangles through his contacts. Don blows it. Talking with the client about their impressive market share (“50% in almost everything we do”), Don explodes: “I don’t want 50%. I won’t be satisfied until we have 100%!” He gives a speech about complacency. The clients show him the door.

“Buy you a drink?” defeated Don asks routinely of Roger.

“After you wipe the blood off your mouth.”

As a matter of survival, thousands of agencies learned conservative habits. Because agencies don’t as a rule raise large sums of capital, their “staffing up” and “R&D” were reactive, not proactive. Their inventiveness was ritualized. The financiers were used not to spur innovation, but to assist with mergers and acquisitions in widespread efforts to create powerhouses.

As a result of their conservative habits, agencies survived (though perhaps did not thrive). Small to mid-sized agencies offered comfortable livings for their partners and a sometimes sickening feeling of deja-vu, of perpetually gearing up trying to be young once more, even when the routine was getting old. Large ones did less and less well from a financial standpoint. Today, the biggest multi-faceted agency holding companies in the world (Interpublic, WPP, etc.) are, well, big. They don’t impress in terms of their financial metrics when stacked up against some other sexy high-margin industries. But they can be pretty interesting places to work. It pays OK to very well. It beats washing windows.

Since pretty much everyone at the First Annual Acquisio User Summit  (which took place in Montreal as I began to write this) got their start in SEM, we are only too aware that something distinguishes us – and the future of advertising – from the data-phobic, mass media world of Advertising 1.0. Birds of a feather we are, and some of us are quite puffed up and proud of ourselves indeed for being on the forefront of something new. We’re always up for a good old-fashioned bash session in preparation for “dancing on the grave of traditional media agencies.”

In Part II, I’ll explore, further, the Agency of the Future. You can find Part II here.