Create the Next Acquisio T-Shirt Slogan

Once upon a time, when Acquisio software was just breaking out onto the PPC scene, the founders of the SEM management company came up with a great idea.

The team came up with three affirmations, or truths, that all PPC marketers and campaign managers can relate to:

By finally sharing the thoughts and aggravations that all SEM marketers know too well, the Acquisio founders became a hit at trade shows across the globe with their catchy, and honest, t-shirt slogans.

But these saying aren’t just silly statements, here’s what they mean to Acquisio users:

I Hate Doing This Shit

With Acquisio’s automated PPC management solutions, the repetitive and monotonous tasks involved in running search campaigns, that all account managers hate doing, are handled entirely by Acquisio software. Basically, with Acquisio’s help, if you “Hate Doing This Shit” you don’t have to, the software does it for you.

I Make the Rules

Instead of doing shit they hate, account managers and SEM experts can now focus on the important stuff, like creating and adjusting bid rules to maximize campaign performance.  Thanks to Acquisio’s customizable bid rules, PPC managers “Make the Rules” and the system listens.

I Report to No One

Acquisio’s bread and butter – what makes the company shine – are the reporting features. Top-of-the-line reporting, including custom white label reports created automatically at both the client and agency level, are provided so account managers no longer have to bother creating reports themselves (because let’s face it, we know most PPC guys hate doing that shit). Thanks to Acquisio’s automated reporting, SEM experts “Report to No One.”

So there you have it, the truth behind the Acquisio t-shirt awesome-ness.

This year, Acquisio wants to grow their collection of awesome t-shirt slogans and they need your help. If you live and breathe PPC, there’s a brilliant idea hiding somewhere behind all that data and now is the time to find it!

If you help Acquisio create the next great t-shirt slogan, you could win a $500 pre-paid Visa card and up to 25 t-shirts for your office with your famous slogan.

Submit your idea here until September 19th. The top five slogans will be selected for the voting round and will be open to votes from September  24 until October 3rd. 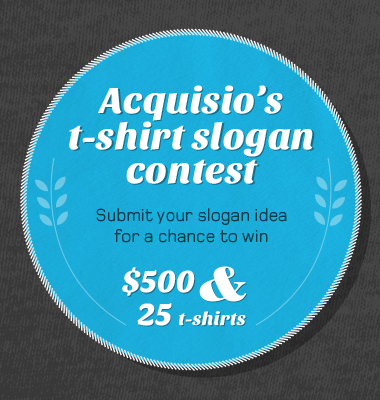 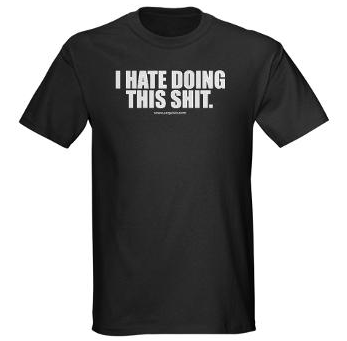 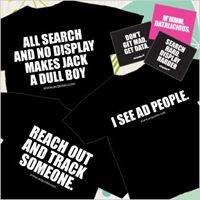