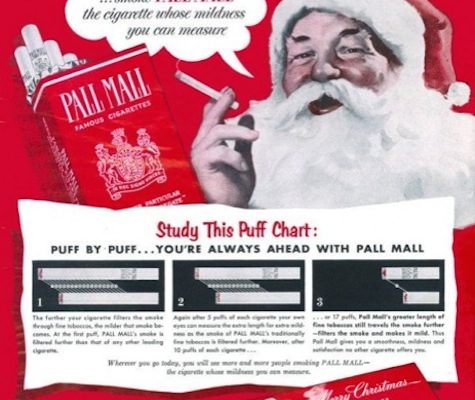 Display advertising is tricky, you need to create something catchy enough to grab attention, but not too out of the box that you offend people. With Christmas just days away we wanted to look at some of the worst Christmas ads, to help advertisers like you and me realize what it is people DON’T want to see during the holiday season.

We asked our employees and advocates via Launch Pad to submit a bad Christmas ad, so here are some of the top picks.

Back in the not so distant future, giving someone cigarettes and booze was a perfectly normal thing to do. Nearly everyone smoked, and if you knew the brand of cigarettes a co-worker liked you’d buy them a pack. No biggie.

Looking back at the advertisements it’s painful how inappropriate they were. 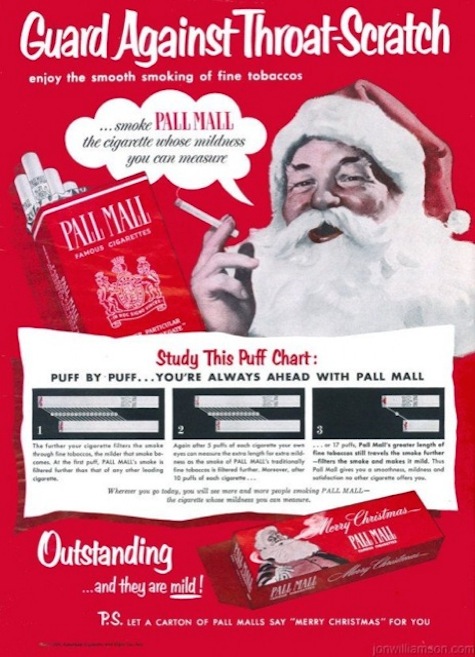 What’s worse is how these ads, like Lucky Strike cigarettes, claim to be selling a “gift that expresses [the] spirit, and brings pleasure to every home.”

Not so much these days. 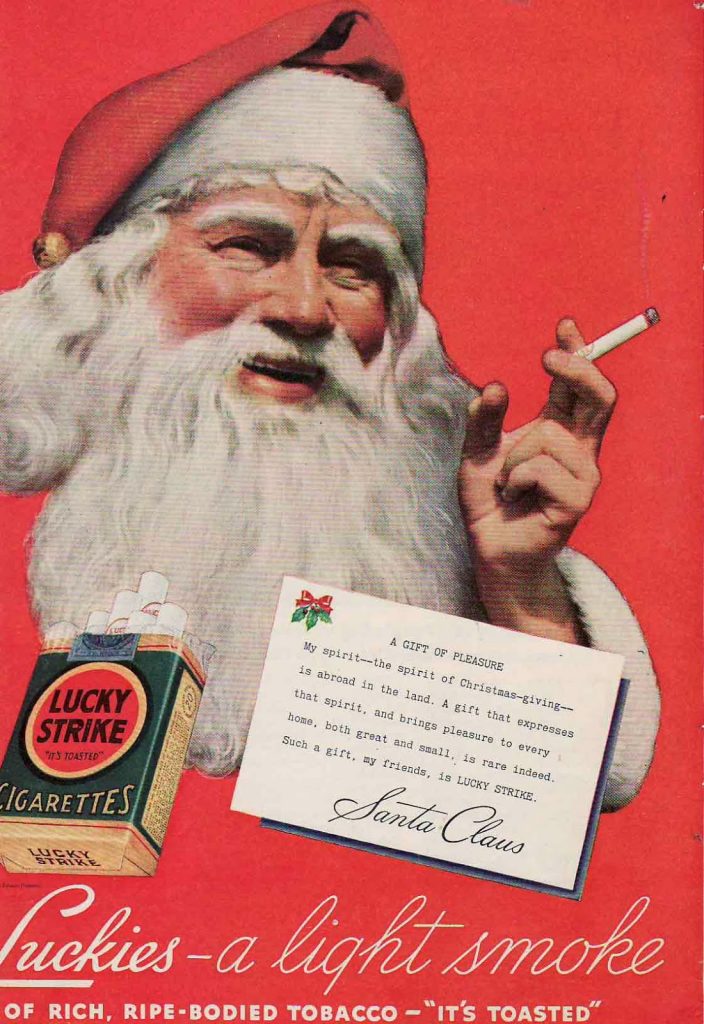 We’ve come a long way since Christmas card cartons on cigarettes, and it’s a good thing. But we can’t really blame the advertisers for these blunders. 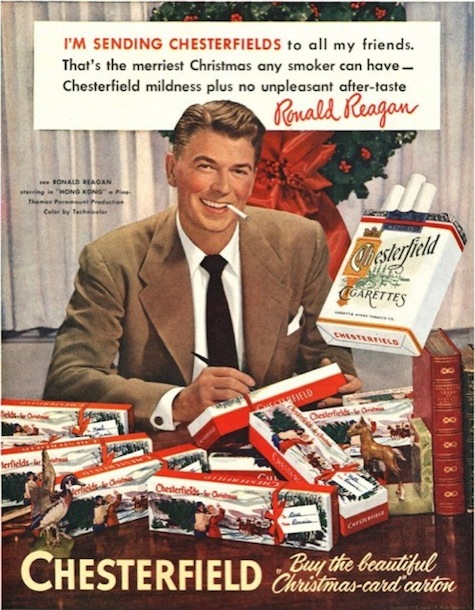 Oops, They didn’t think that one through… 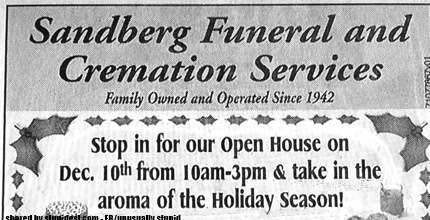 I’m not sure asking people to come by your funeral home to smell “the aroma of the Holiday Season” was really a good fit there. But on the other hand, Sandberg Funeral Services is still around, and must get a little boost in traffic from residual bad Christmas ad searchers like us. 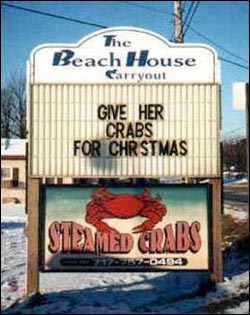 “Give her Crabs for Christmas”…I’d rather not, thanks! I can bet this hilarious sign didn’t stay up too long, and I’m not sure it helped The Beach House sell their steamed crabs. 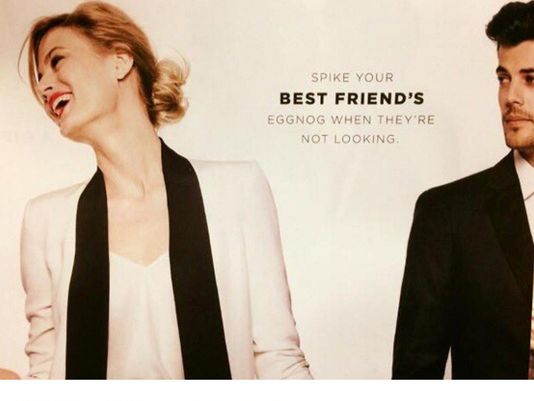 But nothing is worse than Bloomingdale’s inappropriate Eggnog ad. His shady look as she’s pleasantly distracted…we’re not sure what Bloomingdale’s was trying to say here, but the date rape reference upset a lot of people. Worst of all this isn’t a old ad from a generation that didn’t know any better; this ad was released in print in 2015.

These ads, especially the Bloomingdale ad, should have listened to Santa and checked twice before going to the press.

From one inappropriate violent Christmas ad to another, this happy family holding an assortment of guns reminds us that the holidays are about being together and letting kids play with weapons, apparently. 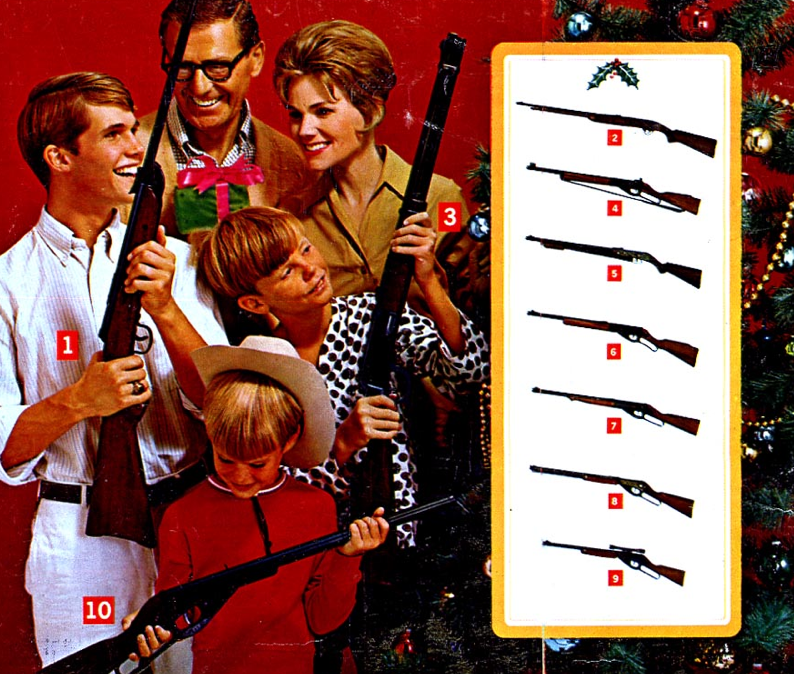 There’s definitely something so bizarre about these vintage ads that we’ve even tried to imitate them, with this more recent Axe ad. 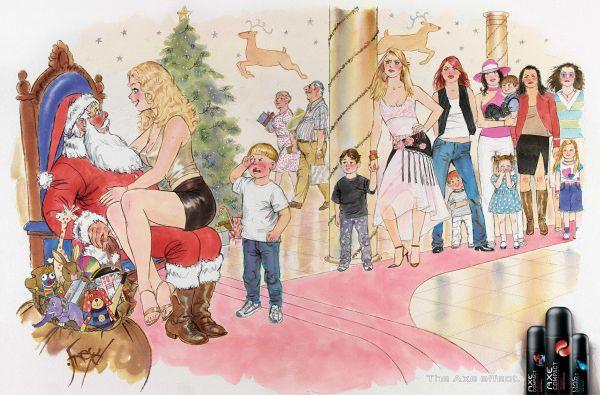 Drawn to look vintage, the Axe bodyspray ad released a decade ago shows an eager mom on Santa’s lap while her son cries. It doesn’t really capture the holiday spirit, or the oddly charming vibe of the old school Christmas ad flops. It’s a double disaster really. 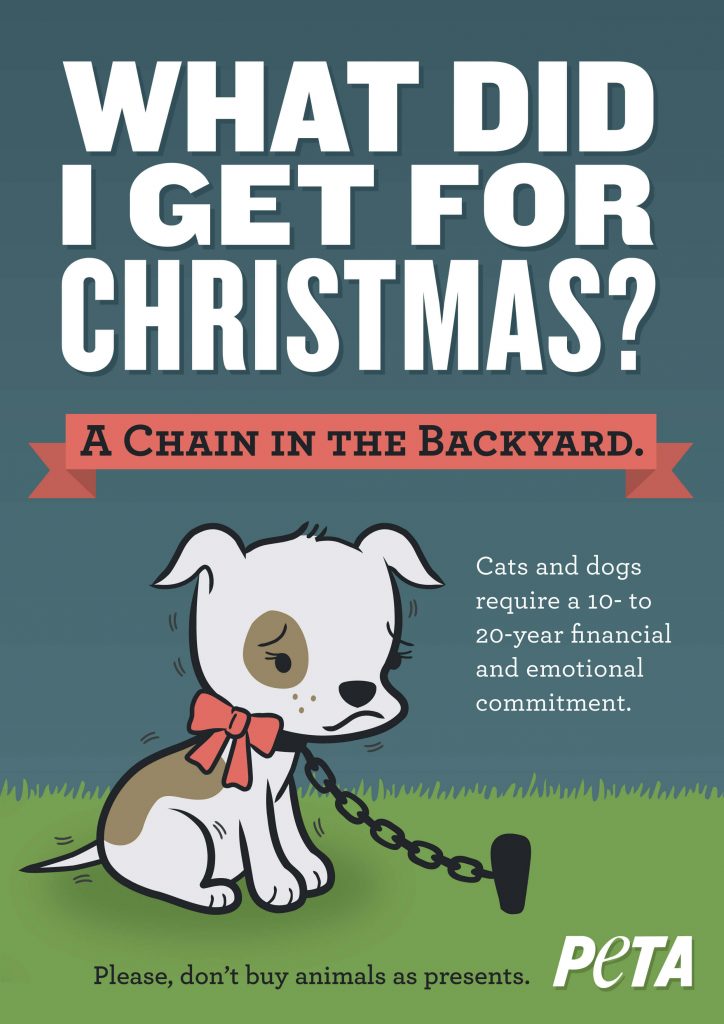 Of course Peta had to put out an ad encouraging people not to buy pets as presents, but as valid as the ad’s message is, the tone of the poster just doesn’t sit well with the happy Christmas crowd. Emotion is a huge part of advertising, especially in display, but Peta swung and missed with this sad puppy poster. Hopefully the organization thinks of a better, more convincing, way to disuade people from buying puppies as gifts.

So a vacuum ad targeted at women, not so politically correct today, but not horrible…right? Well the ad copy is what just brings the ad from bad to worse. “If he does not go to the store immediately, cry a little. Not a lot. Just a little.” What kind of nonsense is that, for any generation?

There’s nothing wrong with getting or giving a vacuum for Christmas (according to me, I got one last year and love that thing) but it’s about respecting your audience. I definitely don’t feel the Christmas spirit with that ad.

And last but not least, we have a cringe-worthy ad by Mr Kipling delivery:

The expressions of the stunned and grossed out audience reflect our own. By the end of the ad, when we actually hear something about Kipling cakes, I’m already lost. Let’s not think about giving birth when we’re eating, and let’s not think of excruciating pain as we celebrate Christmas. Okay? Great!

So which of these ads do you think is the worst? Let us know in the comments below.