The folks at Google are masters of the art of positioning. Nearly every element of their products – at last the core ones like AdWords and Gmail – and even moreso their public statement describing features and rule changes – make them look unbelievably helpful and benevalent. Obviously, much of what they do is really great and has benefit to us as users and advertisers. So this isn’t that surprising even if the skill of it is impressive. But other times, when what they’re doing is primarily in their own interest and of limited value to the advertiser, they’re still somehow able to describe everything in a way that makes you want to thank them for being so kind. Remember the announcement of expanded-broad-match, or the non-announcement of session-based matching? All of which leads, unexpectedly, to Secret Truth #12 – From the advertisers viewpoint, quality score really is a measure of qualty.

In a perfect world it really is in Google’s interest to create features and set rules that benefit searchers, advertisers, and Google themselves.

Of course, not every decision can share the benefits equally. Most don’t. For a lot different reasons, and much of the evaluation is naturally subjective. But broadly speaking quality score does share the wealth pretty fairly.

Let’s look at each of these in a bit more detail. 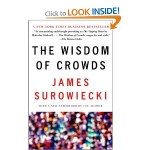 I was on a panel at SMX with Nick Fox of Google last year, and he explained quality score as being in many ways a ‘wisdom of the crowds’ system. If a lot of people who searched was matched with a particular keyword clicked on a particular ad, that ad is by definition of high quality. It was ‘voted’ as being good by the people who matter. It’s hard to argue with that logic. This why CTR is by far the largest and most important element of the quality score calculation.

The fact that high quality scores reward you with more impressions, higher positions, and lower CPCs, while low quality scores do the exact opposite, is good for advertisers. If you accept (for the moment) that the quality score calculation has effectively rated the likelihood of your keyord-ad combo to succeed in attracting a particular searcher, they it’s good for you as an advertiser that AdWords shows your ads more when it’s got a higher chance of success and less when it has a lower one. It’s even good, in a slightly strange way, that they give you a discount when your quality score is high and make you pay a penalty when it is low. Like all taxes the penalty is meant (partially) to shift behavior. They’re giving you a low score, making that (sort of) clear, and charging you more (less clear, but still true) – they’re really asking you to fix the problem or quit advertising. It may be tough love, but it can be considered well intentioned.

Make no mistake about it. Quality Score is a revenue optimization algorithm. Ads which get the most clicks (and therefore drive the most revenue) are promoted while ads that get less clicks (and generate less revenue) are supressed. And you can be sure the discount given for high quality scores is more than made up for in the volume of clicks and total revenue they generate. This is where the win-win-win comes from. Google makes less money if you have low quality scores. They don’t need the bell curve. Every time you improve quality score, they make more money. They really don’t want to see you suffer with those QS=3 keywords!

The Devil In The Details

We could talk endlessly (and have) about the details of all the elements which influence quality score, and how fair or accurate they are in really predicting quality. Those are fair discussions, but broadly speaking there is little doubt quality score works and google is working pretty consistently to make it better – in ways that will continue to benefit all parties for the reasons described above. It’s worth knowing the details of how it’s calculated so you can take actions to increase your scores. It’s worth knowing how it’s used so you can intelligently react to your scores. But mostly it’s worth doing the work that results from that learning to actually improve your scores, or make the tough decisions to stop buying keywords where your score are bad and probably always will be. Quality score is a tough and not entirely transparent task master. But I do believe that quality score is your friend. What Do You Think?

This blog post is part of a series extending and amplifying the ideas in our free ebook ‘21 Secret Truths of High-Resolution PPC‘. What they’re saying: “Everything you know about AdWords is the basics Google wanted you to know. Just enough to get you hooked. But what if there was fundamental secrets that they neglected to share? Would you want to know them? Now you can! 21 Secrets Truths is what you must read, no, act on, before your competitors do.” – Bryan Eisenberg Conversion Expert and New York Times Best-Selling Author ’. Download Your Copy Today.