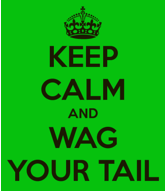 I’m of the humble opinion that far too many of us put Pareto’s principle in practice far too often. Logically, it makes sense, though. 20% of our keywords almost always account for at least 80% of our conversions, so naturally we focus our effort on those keywords driving traffic and conversion volume.

What we don’t consider often enough is exactly what types of conversions we’re getting from the top 20% head terms, or if the leads may be worth different amounts depending on searcher intent truly provide different values. Is a lead sourced from a query like “tracking software” worth the same amount as a user that converts on “IT asset tracking for midsize business?” Probably not, but I’d be willing to bet tracking software would drive far more traffic, cost & conversion volume.

I have a client where we were able to explore exactly that issue; we wanted to see if the top terms really were the top dogs.  A pair of exact match terms had been spending well over 25% of our budget for a specific product. Conversion volume was strong, though the CPA for these particular terms was about 15% higher than more specific tail terms. The campaign had been hitting its budget consistently, losing about 35% of impression share due to budget.

This reminds me of The Ewing Theory, published by ESPN writer Bill Simmons in mid-2009. The Ewing Theory ascertains that the ’99 New York Knicks (among other teams) were significantly better team without their star player, entirely because the rest of the team got a chance to shine. It’s a perfect analogy for this long tail PPC test; we theorized that excluding the highest volume queries (like the Knicks’ all-star) would have a net positive impact on campaigns, allowing the lower volume (but more specific terms) to have their moment of glory.

Executing the test was simple; we paused the two high-volume terms, added them as exact match negatives across all campaigns and worked hard to make sure budgets remained flat. We let the test run for 30 days, and took a look at performance for the same time period before and after. 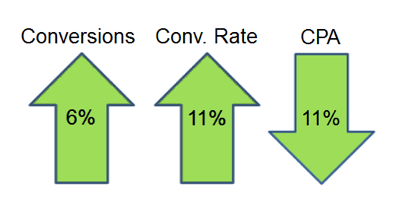 It worked! Admittedly the test isn’t a perfect A/B as it was more of a before and after, but overall the results were as expected. Conversion volume & conversion rate went up while CPA decreased. We did wind up having a slight decrease in spend, though that was no fault of the test.

In addition to the obvious wins, we noticed a pair of key benefits that we hadn’t initially thought of that may help the account as a whole.

After pausing the two head terms, average CTR increased by 33% for the entire campaign. It may be a bit of a fringe benefit, but maintaining a significantly boosted CTR could help the accounts quality score down the line.

Secondly, the client noted an improvement in lead quality. The broader terms tended to generate leads that were broader in scope; focusing our efforts led to more qualified and easier to convert leads.

The results certainly didn’t make anyone into a millionaire, but this strategy worked surprisingly well given the environment. If you have a campaign that’s hitting its budget because of a few high-volume terms, pause the big guys to let the tail terms do the work!