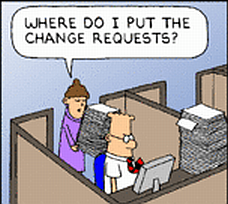 Google recently announced a major change to their Ad Rank equation. Ad Rank had been calculated by your bid and Quality Score in the past. Now, Google will factor in the expected performance of your ad extensions.

This isn’t the first time Google has made changes to the Ad Rank equation. Just two years ago, they announced a new bidding ability, bid-per-call, and that it would also be factored into Ad Rank. Many people within the search industry were in an uproar after this announcement since not all advertisers focus on calls leading some to believe they would be at a disadvantage. However, this feature was deprecated after just over year.

While I don’t expect this new update to Ad Rank to be reverted any time soon (or at all for that matter), I was surprised that I didn’t see as much negative commentary. Most tweets and blog posts questioned exactly what the impact will be. This is a huge change that I expect to see benefit those that use relevant ad extensions.

Should I change my ad extension strategy?

Yes. In a recent Google Partners webinar, Frederick Vallaeys stated that advertisers should be using relevant ad extensions and that those should be rewarded. He provided a hypothetical example about an ecommerce site that may not want to use call extensions since it doesn’t make business sense, and stressed that Google would recognize that and not “penalize” them.  In other words, don’t start implementing every ad extensions in an attempt to game the system. Instead, focus on what makes sense for your campaign’s goal.

Ad extensions are now more important to test than ever before. With enhanced campaigns, there’s no better time to start using mobile-specific extensions and make they’re relevant to a user’s needs as it may differ across devices. The most obvious examples are a store locator sitelink or call extension so they can easily find or call you from their phone.

Additionally, now is a good time to vet other extensions you may not have tested such as Google’s newest addition, review extensions. These extensions allow advertisers to display third-party review data directly below their ad, reinforcing your brand to a user who may be unfamiliar. This was another example provided by Vallaeys as an item all advertisers should be able to leverage.

How will this affect me?

How do you think these changes will affect your account’s performance?

Francis Shovlin has been in the search industry since 2007, most of that time has been spent at Seer Interactive located in Philadelphia and San Diego, where he helps companies achieve their business goals. You can follow his unpredictable thoughts on life, music, beer and PPC on Twitter: @fmshovlin