As a Google Evangelist, who worked with Google from 2002 until 2012, industry leader, Frederick Vallaeys, was involved in building AdWords and now runs a company called Optmyzr, which builds optimizations and helps people save time in AdWords.

As one of the keynote speakers at the Acquisio Summit, we sat down with Frederick Vallaeys to see what information he had to share concerning scripts, quality score and whether or not he lifts in his spare time. 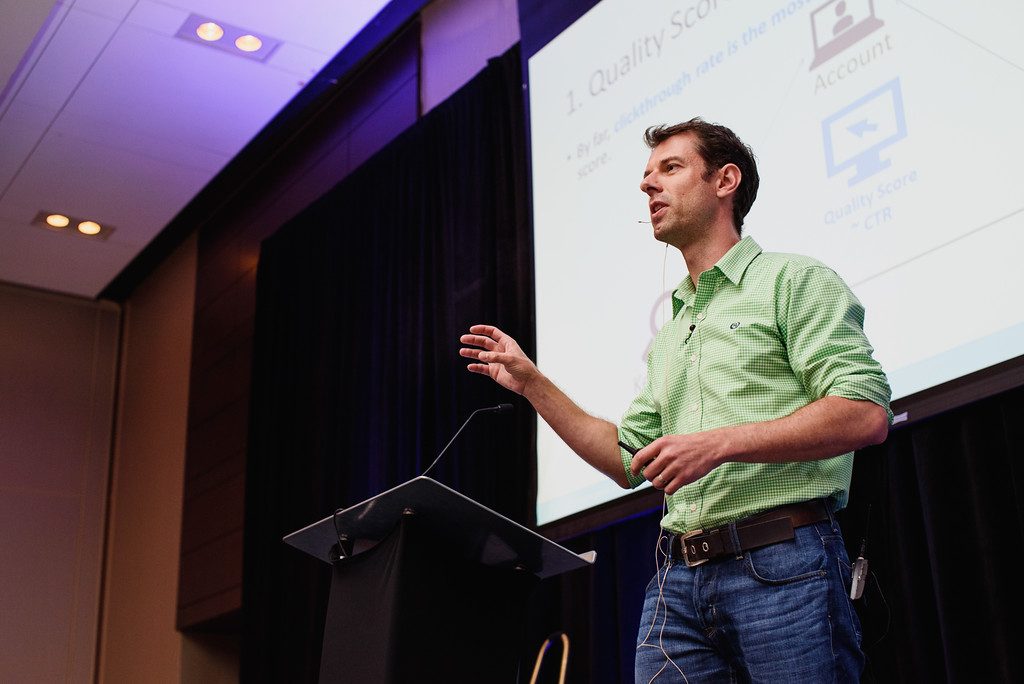 Q: You worked at Google for more than 10 years and were one of the first 400 employees and left when the company had grown to 40,000; what inspired you to start your own business?

The decision to leave Google was not because of the lack of perks, Google is a great place to work, my wife actually still works there, and I am still very connected to it I still do a lot of work for Google.

I always liked the Evangelist portion of my job which meant coming out to conferences and teaching people how AdWords works. At Google everyone has to be directly accountable for some revenue so I needed to stay at my desk a bit more. Because I really liked travelling and being out in the field, I decided to switch things up a bit and keep doing what I was doing, just on my own behalf.

By starting my own company I feel I can really address some of the problems or shortcomings in the industry.

Q: What was the main motivator to start Optmyzr?

When I left Google the easiest way to make money and keep paying the bills was to help people manage their AdWords accounts. Shockingly, having been one of the people involved in building AdWords, thinking we did such an amazing job, once I started managing accounts I realized there were all these inefficiencies.

For example, from an agency perspective you know you want a certain account structure or you want to use a certain bid management methodology. Google has great tools like AdWords Editor that make things simple, but they’re not built to specific methodologies.

At the time when I launched Optmyzr, AdWords Scripts had just come out and I figured I could automate some of these scripts using my coding abilities.  When other people started noticing and wanted to use them, I began selling the scripts and that became the company.

The focus was not so much on being the platform or the reporting engine but being the engine that does work within the account, to automate the things that a human typically would do.

Optmyzr is a great swiss-army knife type tool to use in addition to some of the platforms that marketers are using.

Q: What is one click AdWords optimization and how does it work?

One click optimizations are one of our features at Optmyzr, built around the notion that if you as an advertiser were to go to Google to optimize your keyword list or figure out which ad text to keep, there is a very repetitive methodology used at Google. Basically, Google pulls some reports and after two hours of pulling the data uses it to make suggestions.

We realized we could pull and join together reports automatically and tell you, in a few seconds, the suggestions a typical human would give. You can tweak those suggestions, accept part of the suggestions, or change some of the thresholds that we use in the suggestion calculations, and when you’re happy with the suggestions you can click one button and the changes get pushed to your account in real time.

With this one click optimiztion we save people anywhere between fifteen minutes to a couple hours of time. In fact, one of my favorite tweets ever was a guy who did his shopping bid management in about five minutes with Optmyzr when it used to take him five hours.

Q: In July, 2015, you participated in an Ask Me Anything session on Reddit. What was your favorite question from your session?

Someone asked me if I lift, and I said I lift my kid several times a time. I have a 20 month old and we have a second one on the way so I’ll be doing a lot of lifting coming up soon.

That was a funny question definitely, but I think some of my favorite questions had to so with AdWords scripts.

I love talking about those because I think it’s really the first time in history that AdWords makes it easy for anyone to automate their own secret sauce.

As much as I like tools and platforms like Acquisio and Optmyzr, we impose some of what we believe should be done in AdWords on our customers, and that’s just the nature of the business, we can’t build tools for hundreds or thousands of customers so each person gets to do exactly what they want. The one issue is always that we impose our methodologies on the advertiser.

With scripts we can write the underlying methodology and do a lot of the heavy lifting, then hand it off to our client to be tweaked to do exactly what their business needs to do for their customer.

Q: You’ve said you don’t believe in attribution, how do you suggest people deal with attribution issues?

You can make numbers tell any story you want. If you go to your boss and you’re trying to vie for more budget then you’re going to attribute as much as you can to your keywords. Maybe you use first look attribution, last click attribution or some other variation of that but basically you can build attribution around your needs to make the numbers tell you whatever you want them to tell you, since there’s already an outcome in mind.

That’s why I don’t believe in attribution the way that a lot of people do.

This isn’t about a marketer making the numbers say whatever they want them to say, these are actual numbers that mean something.

Something we’ve done to test attribution for our clients is to turn on branded ads in Seattle and turn them off in Portland. With that we’ll know how much the brand ads lift the overall campaign.

Q: Your Session on Quality Score was one of the highlights of the Summit, can you give us one main idea or statement to take away from it?

A number of years ago Google went from saying the ad rank formula was click-through-rate (CTR) multiplied by maximum bid, then Google said CTR is out of the equation and called it quality score instead.

Fundamentally, quality score is just another way of saying CTR.

Quality score is just another way for Google to say what is CTR, but not just the historical CTR of keywords but also how CTR is influenced by time of day, day of week, location where the searcher is versus the location of the advertiser, the type of device that someone is searching on and so on. It really allows Google to take all these CTR elements into account and build them into what they call quality score.

Your quality score gives you an indicator of where you may have some opportunity to decrease costs but at the end of the, day quality score is great but I’ve yet to see a public company talk about quality score in their earnings report, what you should care about is CPA and return on ad spend.