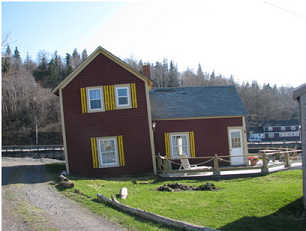 When we kick off a client at SEER, we do a deep dive into any existing data to make sure we were covering top performers & using insights. As we manage accounts, we constantly A/B test, pause/expand keywords, tweak landing pages and copy and just generally toy around with the account as any good agency would.

What I think most PPC managers don’t do often enough (myself included) is look at the core layout of accounts, the foundation if you will.  Why do we only look at the extremely long term data when we build an account?

The fact of the matter is best practices in PPC change rapidly. Let’s take a quick look at major AdWords since May 1st, 2011:

May 2011 – Display URL added to headlines

You get the idea, and that was only a years’ worth of major changes. Obviously there have been many more, all of which have drastically change what an ideally structured account looks like. Needless to say, structure will change even more when Enhanced Campaigns become a forced reality. If we simply pile more and more things onto an old cracked foundation, things could go bad in a hurry.

A frequent complaint we get from prospects is that they feel as though they’ve stalled out, that their account isn’t going anywhere. I often argue that a full campaign refresh can often solve the problem; starting from scratch, but using your own data.

I’d recommend you pour a whiskey or two, and get ready to rebuild.

Here’s the process that I’d typically take. Full disclosure; make sure you have plenty of RAM, as the files can get huge.

The obvious concern here is giving up data and ad/keyword history will create a major drop off. Here’s a before/after for a few campaigns I rebuilt using the above strategy for a client to allay any concerns.

Overall, we did see CTR decrease quite a bit, though that’s something that we’ll likely be able to correct as we update ads. The key metrics are the increases in conversion rate and sharp decreases in CPA. I can’t think of a person in the world who wouldn’t want more leads with a 30% lower CPA