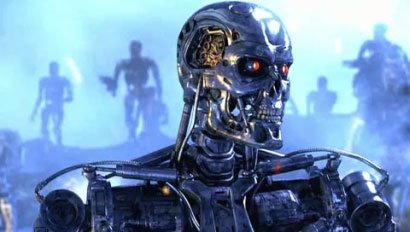 Not all machines are dangerous. Get them working for you!

Let’s face it: some clients don’t want you to use Campaign Automation. While 90% of your client portfolio embraces it, that guy won’t have it. You want to argue that it’s for his own good and that you’ve had success with it for other clients. Somehow, arguing with this guy seems like fighting an uphill battle. That’s usually the result of logical fallacy. Logical Fallacy is a flaw in reasoning used to make a point. Politicians and the media use it all the time, yet we’re not well prepare for them and we usually get fooled. Here are the most common logical fallacies used against Campaign Automation:

1. Why would I pay YOU to set up a machine to do YOUR job? Getting the most for my money This is one of the most honest and genuine logical fallacy (if there is such a thing). It is basically the client sharing his fear that once set up, all you have to do is step back, do nothing and keep cashing in the checks. He wants ROI. Rebuttal: You pay us to deliver results and this is a tool we use to deliver those results. A lot of grunt work is involved in managing campaigns and automation removes most of it. Now, would you prefer me to use my 149 IQ score to do mindless grunt work or to strategize and devise genius schemes for world domination of your brand? 2. I don’t want no machine running my campaigns SkyNet This logical fallacy has fear of machines-taking-over-the-world at its root. This is the argument that detractors of the SkyNet project must have used. Now, granted, SkyNet did go crazy and overrun the world with Terminator robots to enslave humanity, but this is where we draw the line of Reality vs Sci-fi. Rebuttal: Similarly to Deep Blue beating Kasparov at chess, highly specialized computers with the sole purpose of optimizing performance media campaigns can see and do things that humans simply cannot… such as doing 200,000 bid changes per day to deliver the best results and reach your targets. 3. Our campaigns are doing great:  Status Quo Your client is giving you the argument that when it’s not broken, don’t fix it. Or “The reason why your wife is leaving you” as I like to call it. Rebuttal: When you wife has left you, it’s too late to buy her flowers. Automation is like flowers for your campaigns. You are proactively setting bid rules so that things keep going well. Remember… nothing says “I love you” like Campaign Automation. 4. What if the computer makes a mistake?  Begging the question… The client uses a circular argument assuming that the machine is bound to make a mistake. Rebuttal: Machines, like humans are not perfect, especially since imperfect humans set them up and build them. Keep in mind that a lot of those rules are there SPECIFICALLY to avoid errors (stop campaign if… then alert). 5. Why would I want that? Burden of proof Your client is saying that the burden of proof is on your side and that he doesn’t feel the need for that. To me that screams: convince me! And I love to use a logical fallacy against the Burden of proof. Rebuttal: Bandwagon, or but… all the cool kids do it But sir! All my other clients do it. Some even specifically come to us for our expertise with bid rules. I’d feel terrible if you were the only one of my clients not benefiting from it. 6. A friend of mine had rules that completely screwed up their campaigns and cost them a fortune! Anecdotal Your client is using an isolated example instead of a valid argument. Rebuttal: We’re implementing rules to avoid constant repetition. Rules that are put in place are things that we constantly do manually. We keep monitoring all your campaign performance and we set up other rules to warn us if something goes wrong. 7. It’s too complicated Personal incredulity This is either the client telling you that he doesn’t understand it or yourself being too lazy to learn it or ask for help to set them up. Yes. Sometimes we use logical fallacies against ourselves. Rebuttal: A lot of “Best Practice” rules are available and ready to be used, which gets you started with Automation. Our Bid and Budget Management product even does the whole thing for you if you give it some targets and a handful of keywords. 8. My boss will never accept that Appeal to authority He doesn’t want fingers pointed at him if it goes wrong and he’s hoping to close the argument by dropping the Boss bomb. Rebuttal: So you are telling me that your boss would not want us to use the most sophisticated tools at our disposal to optimize the performance of your campaigns, increase revenues and reduce costs? It will be my pleasure to present him with the case studies and past results we’ve had with some of your competitors. 9. Can we run a pilot? The Texas Sharpshooter Your client has run out of arguments so he’s buying some time. He’s probably cherry pick a campaign bound with limited results to prove to you that automation doesn’t work. Rebuttal: How about this: We’ll set up all our top rules but we’ll run them on “alert” mode. We’ll manually validate all of the suggestions and alerts and see how that goes. Now stop reading and go convince your clients that they need Campaign Automation!

Alex is Product Manager of the New Acquisio. He defines the future of the digital marketing platform and makes sure Acquisio continues to provide the best bid management solution available. Alex has a peculiar knack for intuitive, clean and straightforward User Experience, but is not particularly adept at writing bios in the third person.