So you’ve done it. You’ve hired a super duper community manager, they’ve grown and optimized your Facebook presence, have started using Pinterest to drive traffic and brand awareness, and have even brought your content strategy inline with your SEO efforts.

You’re doing everything you can to push your content out there, you’ve seen how it can support your business goals, and now you’re wondering how can reach new audiences. Well, fortunately for you, most major social sites offer ways for your to reach new users with your content — if you’re willing to invest some media spend, that is. But depending on your goals, each of them is worth considering and experimenting with in their own right.

It’s kind of hard to talk/blog about promoting social content without talking about Facebook, so let’s start there. Facebook offers a few options to push your content out beyond your immediate fan-base, and what’s interesting about the value-proposition of each of these ad formats is that it filters that traffic through your Facebook Page — giving you a chance to capture more fans. 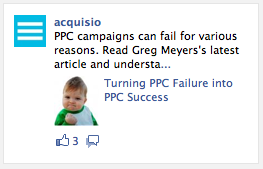 If you’re looking to outright promote a piece of branded content, Facebook offers Ads from a Page Post. Simply put, this allows you to take a post in your Timeline, turn it into an ad, and target it at Facebook users according to the usual gamut of targeting options — such as location, age/gender demographics, interests, connections, etc.

Second, it also allows you to leverage third-party trust metrics. Specifically, your ad will also include a count of how many Likes, Comments, and Shares your featured post has received, and if a user is connected to anyone who has Liked the post, that connection’s name will be featured alongside that Like count.

For our purposes, here, we’ll focus on Page Post Like Stories. Simply put, these allow you to take a user’s Like, turn it into an ad, and target their friends with that ad. For example, if you’re friends with Jane, and Jane is one of my Facebook Fans who liked a link I posted on my brand’s Timeline, I can turn that Like into an ad and target you with it.

The advantage of this ad format is that it lets you leverage the trust and relationship users have for their friends to promote your content. Basically, if you’re friends with Jane and you see that Jane liked my content, then you’re probably that much more likely to pay attention to that content and, in turn, like it yourself.

It took them a while, but Twitter (sort of) finally came up with a revenue model and, quelle surprise, it involves promoting your brand’s Twitter presence. In fact, Twitter offers three kinds forms of advertising:

For the purposes of promoting content itself, we only really need to focus on the latter two: Promoted Tweets & Promoted Trends. Besides, Promoted Accounts is pretty self-explanatory.

But how does it work and how do you figure out which users are relevant? Well, the algorithm is interest-based, meaning you target users based on their interests, and their interests are determined by (1) the people they follow, and (2) the content they Tweet. So Promoted Tweets gives you an opportunity to reach new audiences that are already interested in the kinds of content you’re producing.

And how does the pricing work? Well, it’s a Cost-Per-Engagement model, meaning you pay every time a users clicks on your Tweet, Replies to it, or Retweets it. It’s also a second place auction model, meaning that (like Google Adwords), it’s driven by a bidding system.

What is notable about the Promoted Tweet product is the Auto-Promote feature. Simply put, if you’re getting a good return on your Promoted Tweet spend, you switch on this feature, and the algorithm will look at your 5 most popular Tweets, and choose one to promote to a relevant user.

Twitter also offers a Promoted Trend product, allowing advertisers to get exposure around trending topics. What’s interesting about this option is that it allows brands to get in on an emerging trend/hashtag by featuring their content at the top of a Twitter search for that topic.

Of course, as an advertiser, you can choose to feature any content you want alongside a trending topic. However, the real value proposition, here, is that your brand can really get in on an emerging conversation.

Specifically, as a topic begins to trend, you can produce related content and then choose to have it featured as a Promoted Trend. Not only does this mean you can show “related” content to users interested in a trend, but really engage them by outright contributing to the trend itself.

Bear in mind, however, that you get what you pay for, and placing at the top of a trending topic will run you $120K. 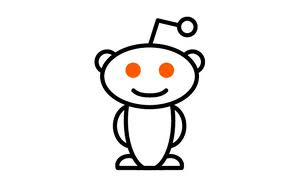 One of the content promotion options overlooked the most by mainstream marketers are social news sites, such as Reddit and Digg. Users on these sites are voracious content consumers, and hitting the first page of any of these sites (or their category pages) can not only drive tons of traffic and drive brand awareness, but support your SEO as well.

The catch with these sites, though, is that you either need (1) exceptionally viral content, and/or (2) access to “power-users” who can influence these communities enough to get your content voted up to the first page. And building up one of these “power accounts” or establishing relationships with those who control them is something that takes time — as all good relationships do.

That isn’t to say, of course, that your brand shouldn’t be exploring the option of establishing such relationships. But you can also dabble in these communities before you fully develop your brand’s reputation with their members.

Basically, Reddit, Digg and StumbleUpon all offer advertising options to “promote” your content to their users. Keep in mind, however, that these communities are very user-driven, meaning that your ads might not receive the attention they might on other social networks.

Personally, I’ve seen very mixed results from content-based ad campaigns on these sites. Specifically, I’ve seen great results from StumbleUpon’s “Paid Discovery” tool, but poor uptake from Reddit and Digg’s paid options. However, I have colleagues who regularly invest in placement on Digg and Reddit.

What it comes down to, really, is the kind of content you’re promoting, and that’s going to be largely determined by the industry your brand operates in. For example, if you (or your client) are a hosting company, you’re limited in the kind of “viral sexiness” of the kind of content you can produce. However, if you operate in more of a mass-appeal B2C sector, you might be able to promote content on social news site category pages where users are less banner blind.

At the end of the day, your content strategy should be about reaching out to your target customers/users and resonating with them. It should be about offering them something of value (whether it’s something useful or entertaining) so that you can “connect” with them and start building a relationship between your brand and them.

In other words, not matter how much ad spend you throw at your content, it’s not going to make a difference if your content is flat or salesly.

Consider the saying “Content is King.” Well, whether you’re taking the community management or advertising approach to content promotion, it’s imperative that your content is, itself, regal — just like a king or queen (or at least the court jester).

A recovering agency hack, CT Moore now runs Socialed Inc., an inbound marketing consultancy that specializes in SEO, content marketing, and social media strategies for ecommerce, media, and B2B companies. With over a decade of experience in marketing communications, CT has managed SEO, social media, and content marketing campaigns on both the agency and client side, for start-ups and multinationals alike. CT is also a widely published writer and blogger, and has spoken at conferences in Canada, the US, and Europe. You can read more from CT on the Socialed Blog.