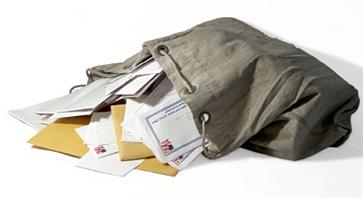 You’ve spent a lot of time building email marketing lists. You pumped out tons of content, worked hard at building landing pages that collect lead information, and maybe even built a clever means of getting subscribers to your blog.

But you’re realizing that, despite the fact that you have all these email addresses, you’re not getting as many conversions from leads to customers as you’d hoped.

This is something that happens to even the best marketers. But, luckily, there are other marketers who’ve been through the same thing and have shared their experience. They found out how to use email to their advantage and they’ve demonstrated exactly how to go about doing that.

Let’s tap into some of that expertise to help you get on your way to converting more of your leads into customers through email marketing. In this post we’ll look at three great email marketing tests that generated great lessons that we can all learn from.

Use your creativity in that novel you’re writing, not in email subject lines

Here’s one of the things that’s hard about being a writer: When you’re being clever, people often just don’t care. Especially when it comes to email subject lines. As they learned over at Aweber, email subject lines that say exactly what someone is going to get out of opening an email improved the performance of their blog posts by an astronomical amount.

As much as writers love to entertain their audiences, when it comes to email subscriptions, what they really want to know are the details of what they’re going to get from opening an email. For those who subscribe to a blog and are receiving emails, they want a subject line that tells them why they’re going to take a few minutes out of their very busy day. Otherwise they’re not going to engage with the post.

This is what Aweber discovered by testing clear subject lines against clever ones. Below is a list of subject lines that they tested with half being “clear” subject lines, and the other falling under the “creative” category.

What they found out is that the clear subject lines outperformed the clever ones for every metric that they measure. The average rise across each of these categories is a remarkable 541%. These metrics go far beyond just open rates — they actually prove that when given a clean subject line at the very beginning of the process, blog posts are much more successful.

What does that teach us? By giving email subscribers a clear indication of the benefit of opening an email, you’ll improve the value of that email. That means that the time you spend building your content is much more valuable, just by writing clear, concise subject lines. It’s an easy win.

Don’t be too aggressive in the tone of your emails

If you’ve been collecting email addresses for a while and have built segments, there is a possibility that some of those segments may be in a dormant stage. They’ve gone through a drip campaign and didn’t convert. Right now, they’re just email addresses in a list that you’re not communicating with.

This very thing happened to Stephan Hovnanian, an email marketing expert with years and years of email marketing experience. He was in the process of reactivating an inactive segment, and decided to solicit their help in the form of a survey to better understand what kind of emails they would prefer to get from him. Good idea.

He sent three emails to promote the survey. The first did pretty well as you see in the results below.

Subject: could you help me with this?

A little later, he reached out to the people who had opened the email, but didn’t click through to actually complete the survey. And he had a little fun with the subject line to try to entice readers to engage with the email.

Interestingly, this result runs contrary to what we learned above. However, the completion rate was lower than in the original email. Stephan believes that this is because email copy wasn’t compelling enough.

The final email went out to a group of people who were proving themselves to not be interested in engaging at all, so the fact that Stephan was able to get anything at all out of them is pretty, pretty good. Here are the results of the third, and final, email.

What Stephan learned is that the more aggressive he was with asking his email readers to do something, the less they trusted him and the more they unsubscribed (email B had an unsubscribe rate of 70% higher than email C, which he attributed to the aggressive tone of the subject line and copy in the email). Stephan sums up what he learned very nicely:

So much of email marketing involves interrupting someone’s day to ask them to do something for you, but we send these emails under the pretense that they’re valuable to the reader. The more aggressive you get with your copy, tone, and your asks, the faster you will lose your subscribers’ trust and turn them off entirely.

The idea of resurrecting those inactive lists was a great one, and learning that people respond better to a less aggressive tone will enable Stephan to do even better next time.

Your emails should have a single call to action

Just like a landing page intended for lead generation, an email with just one single call to action, with a single purpose, will generate a much higher clickthrough rate than an email with two or more calls to action.

How do we know this? A case study by MarketingSherpa shows how Whirlpool tested their emails to establish whether one or more calls to action was the most successful means of getting clicks in an email.

The goal of this email effort was to drive consumers to a rebate landing page and, ultimately, to a retailer showroom where they could purchase Whirlpool Ice appliances. The project was centered on the idea that more calls-to-action equaled a better clickthrough rate. The current email version (drafted by an agency) contained four CTAs.

But Mender disagreed with the idea of many CTAs. He believed that a single focus for CTA buttons would result in more engagement. Although it took some convincing, Mender was able to talk the marketing team into building a small test with one CTA versus many.

They used the original email as the control for an A/B test. It had three buttons labeled “Learn More,” as well as one in the middle of the page that said “See Details.” The B version did away with the three “Learn More” buttons. As Mender explains:

The theory was if you highlighted one call-to-action button that was the primary focus, you’d get more people to go to that landing page than the other creative, which sent people into completely different products.

The results? That one small, simple change resulted in a 42% increase in clicks on that one email alone. This one test completely changed the culture of testing at Whirlpool, and resulted in a major shift in the way they reach their audiences through email.

It goes to show that just one very small change in the way an email goes out can have massive implications for how marketing is done across the board.

What we learn from these three articles is how much attention to small details matters. But what’s really important here is that all of these marketers were testing the results of their efforts and learning from them.

Never be afraid to try something new — as long as you’re making sure to look closely at what happens when you do, and can glean the information you need to make every subsequent email campaign that much stronger. Embrace the data, and use it to your advantage.

We’re going to be looking at how data can play a role in generating leads in our webinar, How to Leverage Data for PPC Success on February 25th. Our Chief Scientist, Bryan Minor, will be joined by Unbounce Senior Conversion Optimizer Michael Aagaard to talk about how you can use data to get the most out of your PPC campaigns. Go ahead and register here.